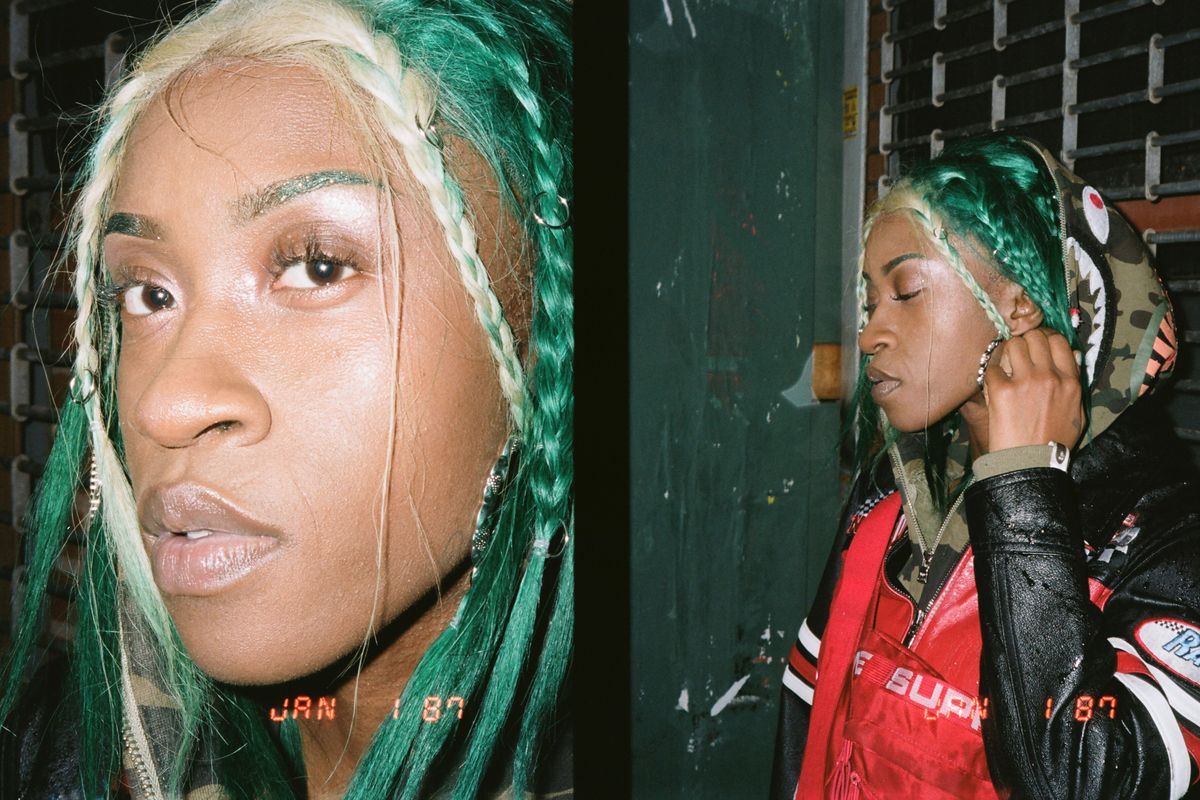 Ahsh Eff Demands You 'Be Yourself'

Attitude and vulnerability are often competing elements in hip-hop, but Ahsh Eff (pronounced "AH-SH, NOT FUCCIN' ASH" her Instagram bio commands), corners both on her new single "Be Yourself." PAPER premieres the new single from the green-haired NYC rapper to watch, who wants to be the "female version of 50 Cent."

"Be Yourself" is a stickily catchy, low-fi track with a refreshingly earnest mission: to convince people that being honest is cooler than being impressive. Eff's throaty flow is fierce but emotive, as she raps the song's cornerstone mantra over a molasses-slow trap beat courtesy of @Barlitxs: "Be yourself, real n*ggas gon' fuck with y'all/ Be yourself, real n*ggas gon' fuck with us" — a compellingly simple argument. She hypes herself up with plenty of quick-witted rhymes, but leads by example: "I don't pretend not to care 'bout shit... no I ain't up for purchase.

Eff sees authenticity as a life-or-death matter: a belief that was the impetus for "Be Yourself."

"In a time where everybody seeks validation, being yourself is the most gangsta shit you can do" the rapper tells PAPER. "From the block to the workplace, individuality is key. I've seen where pretending can get you, and I don't want to experience any of that. I've seen people get themselves into life threatening situations, just because they wanted to be "down" or "accepted." It never ends well. [Personal] change is inevitable — but my word, character and individuality is my greatest weapon."

Check out "Be Yourself," and its intimate, playful visuals courtesy of @uselessfilms.