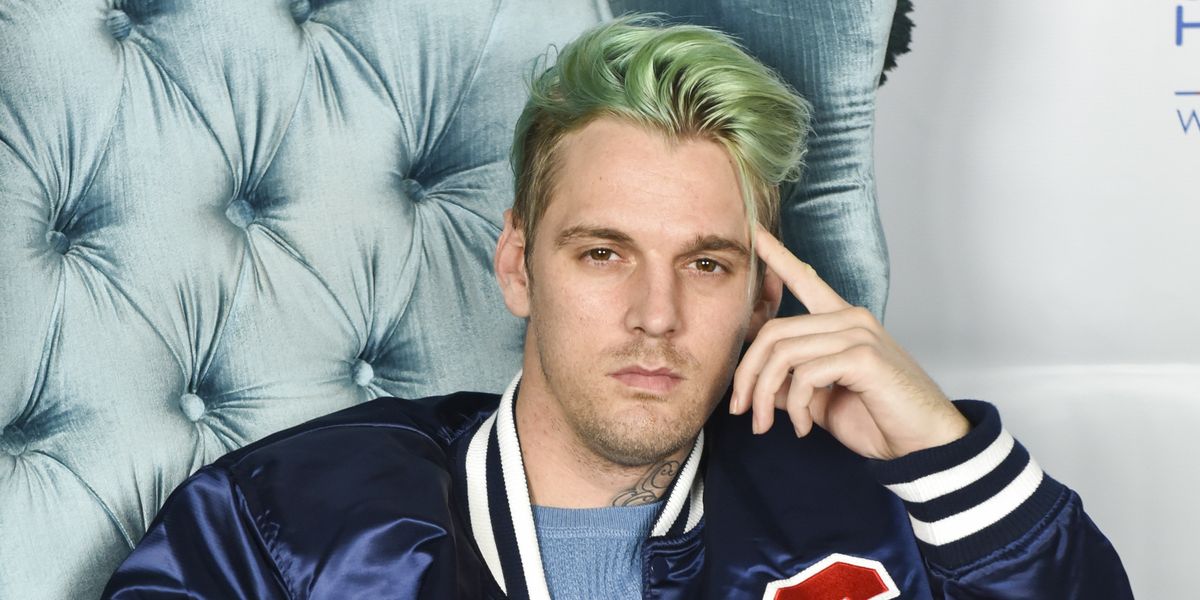 UPDATE 5/21/19: Aaron Carter has taken to Twitter to clarify his comments about Michael Jackson being "inappropriate" one time. "Everyone having my back I appreciate you. My reasoning for even speaking on this subject is to tell my truth, be real and to also have his back based on my experiences with Michael," Carter wrote earlier today. "He was an amazing guy, I stand by that. So I ask u not to turn this into something it isn't." He then went on to defend Jackson by saying he "didn't fucking do anything sexual" in a subsequent response to a fan, writing, "In my opinion it WAS a Little inappropriate what's the problem with that?"

Following the controversial Leaving Neverland documentary, Aaron Carter has revealed that his relationship with the late Michael Jackson was complicated, according to a new report from People.

During next season's Marriage Boot Camp: Reality Stars Family Edition, on which Carter appears, he talks about their relationship dynamic: "Michael was a really good guy, as far as I know, a really good guy," Carter says in exclusive interview footage from the WE TV series.

He insists that, during their time together, Jackson "never did anything that was inappropriate." But then he does a bit of an about-face to imply that there was one time that was an exception. "Except for one time. There was one thing that he did that was a little bit inappropriate," Carter says. He doesn't elaborate further.

The two met in the studio when Carter was 14 and recording his debut album, 2001's Aaron's Party. At the time, Jackson asked Carter to sing on his charity single, "What More Can I Give?" That happened, and by the fall of that year, Carter performed "I Want Candy" for Jackson's Jackson's anniversary celebration at Madison Square Garden. Carter has always denied claims that Jackson came onto him when he was younger.

"Michael and I have been friends for three years. Nothing happened between me and Michael," he told People in 2004. "We didn't sleep in the same room, we didn't share a bed. We have a normal friendship. There's nothing sexual to it."