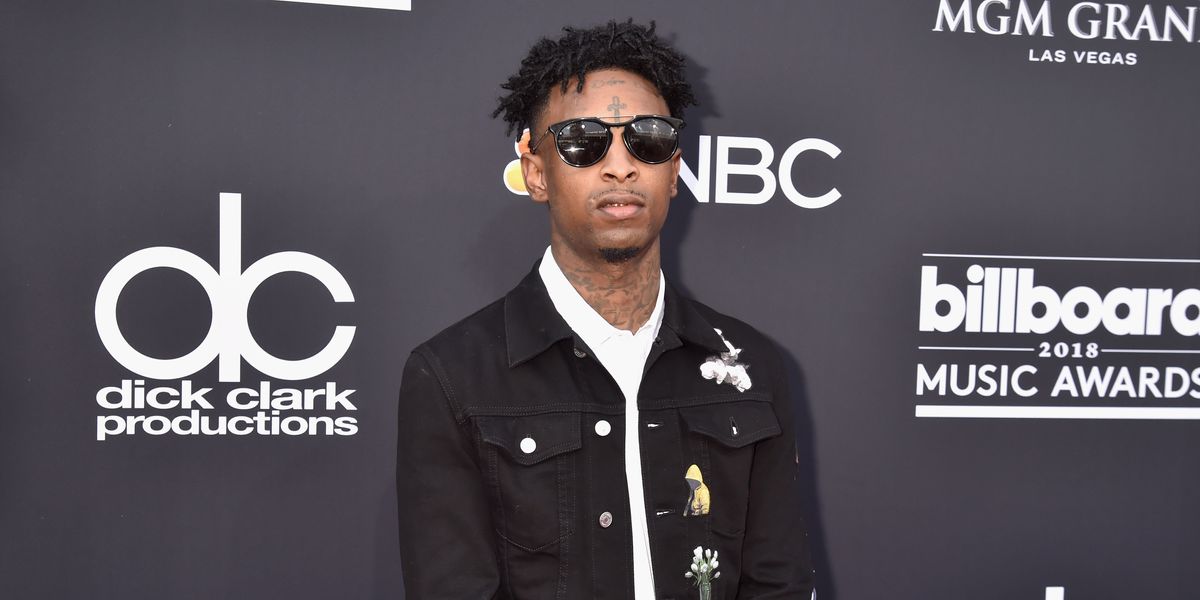 Back in 2018, the "Bank Account" rapper announced his first financial literacy campaign with nonprofit Get Schooled. And though he's since created a virtual expansion of the program (thanks to the pandemic), he's now apparently taking things a step further with a new partnership alongside mobile bank, Chime.

On Tuesday, Forbes reported that the star would be offering a new version of his Bank Account Financial Literacy Campaign, which includes a six-course online program that will be offered in both English and Spanish. According to the publication, this latest iteration is open to anyone who wants to help with their money management skills — whether it pertains to credit, budgeting, or banking.

Not only that, but 21 Savage also announced that he would also be granting 100 $1,000 scholarships to high schoolers in the U.S. who submit an essay upon completion of the program by December 4.

​"I'm happy to team up with Chime to make this year's Bank Account Campaign bigger than ever with a new national financial literacy and scholarship program," 21 Savage said via a press release. "I've been an advocate for financial literacy because I believe it can help free youth to focus on the more important things in life."​​