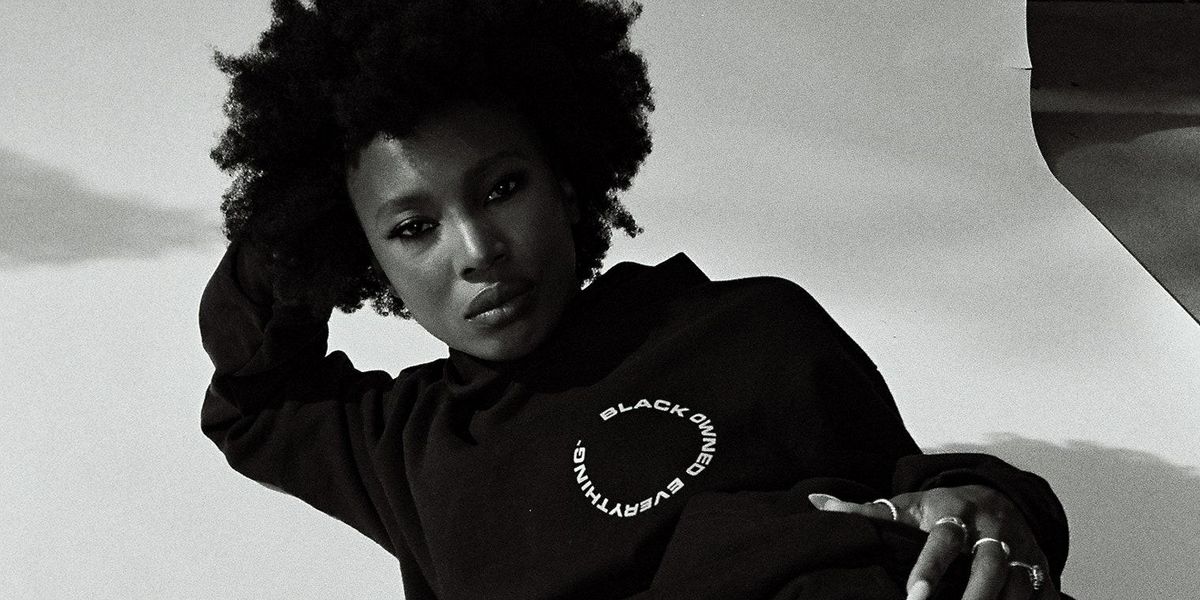 You've likely come across Zerina Akers' work more than you realize. See: Beyonce's Black is King, Chloe x Halle's "Do It" music video and Fendi campaign, Normani's Teen Vogue cover and spread. You get the point. Many would consider that this stylist, costume designer and all-around businesswoman has already reached the highest ranks. I mean, where does one go after working with literal Beyoncé? But for Akers, this is just the birth of an industry shifting career.

Related | Breaking Down Beyoncé's Best Looks in 'Black Is King'

Clothes are clearly Akers' trade of choice, but anyone who understands the power of her work knows the real essence is storytelling. Clothes are just the medium and with her burgeoning career, that mission is integral. "I definitely want to tell more stories," she tells PAPER over Zoom. "I feel like I'm just getting started in that space. I would really like to tell more of our stories through wardrobe."

When assembling a story, the playwright or author crafts a narrative through words. For Akers, textures, colors and wardrobe are the tools at her disposal. The task is trying to translate these tools into stories in an organic, authentic and insightful way. "How do you then pull back or add onto and really tell the story through colors and textures?" she asks. "I really want to get into that whether it's doing period pieces, researching history, art history, Black history and then going in through a textile perspective and building that."

Black culture in detail has always been a catalyst for Akers' inspiration because it thrives off of creating beauty without limitation. "It's something about what we create naturally and what we create out of nothing that really affects the beauty and the art in the world," she says. "There is something about us and I always want to pull whatever that is into my work. So from things like that to using the young independent designers, it's always been important to me. It's immeasurable. So why subscribe to what they tell you is high fashion because they all need a place to pull from."

Whether it be consulting, designing, or expanding her groundbreaking venture Black Owned Everything, she isn't one to pigeonhole herself, insisting that moving and learning about oneself and one's capabilities ultimately yields the purest result. ""I want to allow myself the freedom to play and just try something and just do it and not operate out of fear," she says.

It was this alignment of her fearlessness, vision, and desire to showcase the underrepresented that resulted in Black Owned Everything, the first of its kind. What originally started out as a finsta turned into a one-stop destination encouraging long-term support of Black owned businesses. This venture only capitalizes on her mission of highlighting independent designers and crafting a safe space where Black fashion and beauty can be appreciated without filter.

"The most fulfilling part I would have to say at the moment has been watching brands that I saw and was aware of prior to launching the Instagram to then after posting them getting different partnerships and PR representation," she says. "Seeing it affect real change in the community. That's the most gratifying thing that it actually works."

At what many would already consider a widely successful career, Akers is still establishing her cadence. Although connected to entities such as Beyoncé and others, she doesn't want to rely on them to define her brand. It's through finding the balance between fashion and other aspects of her interests that she believes will guide her into her next chapter. "What helps me is inserting my own thoughts and notions and opinions about things outside of fashion," she says. "I think that in and of itself allows me to create a different kind of shift in my career."

Photos courtesy of Black Owned Everything