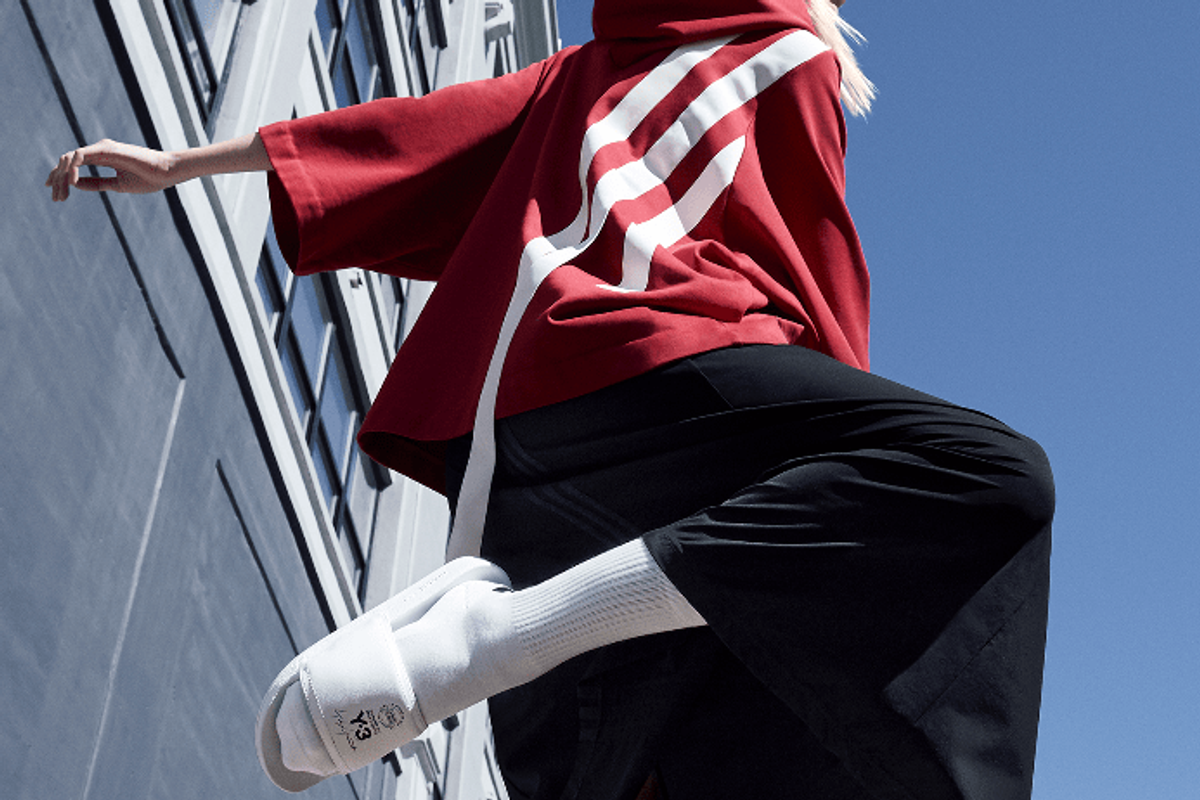 If you, hype beast, health goth or alt-athleisure enthusiast, have felt yourself plagued by SADness in these chilly final days of November fear not because come December Y-3's summer (the only summer that matters) will arrive.

Yohji Yamamoto's Adidas collaboration this season is fresh and full of iconic imagery — identifying the traditional adidas three stripes as well as "brand with three stripes" in multiple languages, Yamamoto's signature and Y-3 insignia across jackets, sneakers, kimonos, sling bags, sweaters and slides makes for a great game of i-Spy.

Shot by Alessio Bolzoni on the streets of industrial New York City, the campaign captures the energy of the collection, which is made of various dynamic cross-season fabrics including your fave and mine: neoprene and leather.

Flick through the campaign, below, and camp out a Y-3 store near you when it launches on December 1st.