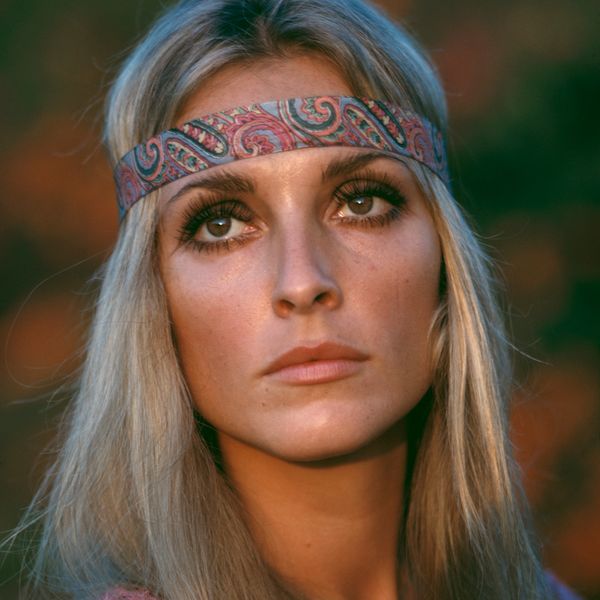 The Manson Murders, one of the most unnerving events of the 1960s that shook up America, has been the subject of multiple Holllywood projects in the past year. The cold-blooded massacres that took the lives of five people including actress Sharon Tate, who was eight months pregnant at the time, continue to invite intense pop cultural scrutiny decades later.

But perhaps among the many ways the story has been dissected by filmmakers and actors alike, none can compare to the shocking nature of a social media post by Vogue that linked the killings to a beauty trend.

Posted under a photograph of singer Jorja Smith on Instagram over the weekend, was the outlet's caption that credited the tragic incident as a "catalyst" for the resurgence of a '60s hair trend. "With this summer marking the 50th anniversary of the Manson family murders and the tragic death of Sharon Tate, the catalyst for the '60s revival is a surprise to no one. Tap the link in our bio to see how five It girls have modernized vintage looks," the caption read.

Others, however, sarcastically suggested that perhaps the publication could also use other tragedies as their source of fashion and beauty inspiration: mass murderer, Jim Jones, for instance. "Jim Jones glasses set for hot return this summer," one user joked.

Another suggested the Zeebrugge ferry disaster as a point of reference next: "Thanks to the anniversary of the Zeebrugge disaster, this season's fashions have a jaunty nautical theme," a Twitter user wrote.

"Thanks to the anniversary of the Zeebrugge disaster, this season's fashions have a jaunty nautical theme" https://t.co/A6X07YiS0K
— Eddie Robson (@Eddie Robson)1563715223.0

Although the post no longer exists, the article that was linked to it, is still live on the website and features a range of actresses in winged eyeliner and bouffant hair, first popularized by Tate. Furthermore, the story also cites Quentin Tarantino's upcoming Once Upon a Time... in Hollywood, which is based on the Manson Murders, as inspiration.