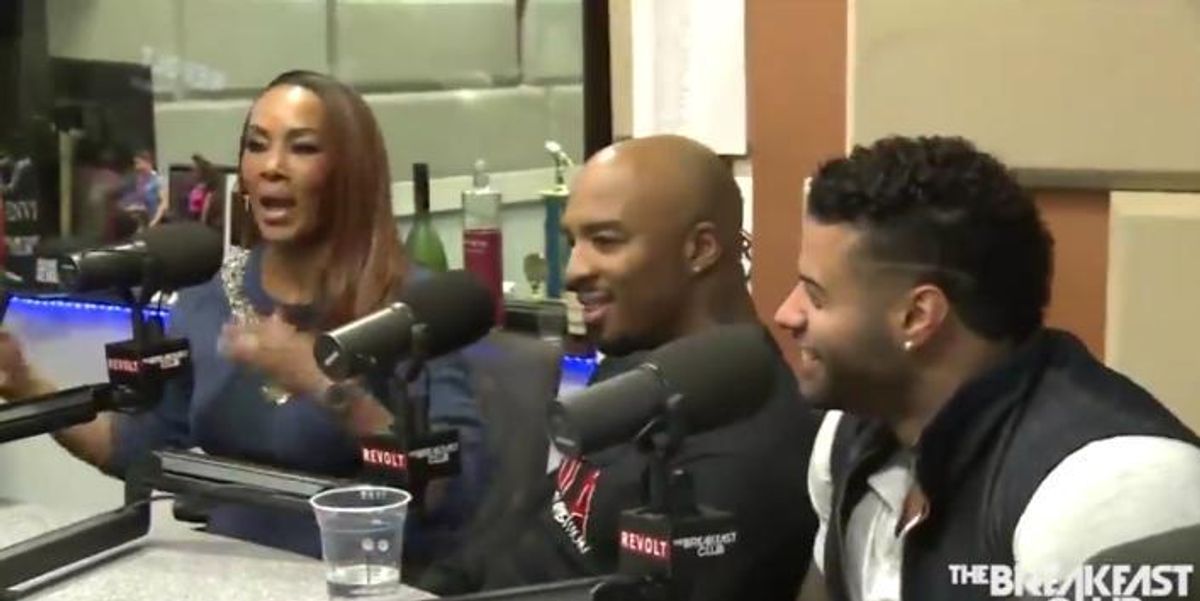 Vivica A. Fox Explains Why Gay Guys Aren't Allowed At Her All Male Strip Club [UPDATE]

UPDATE: Vivica has responded to confusion over her comments regarding gay men at her revue:

Sure! As long as I've been a FRIEND n supporter of the LBGT community I've known them 2 have their OWN HOT exotic dancers 2 enjoy as well😉 https://t.co/HHtDgdGoNE
— Vivica A. Fox (@MsVivicaFox) January 6, 2017

Appreciate the love n support! Never my intention to offend at all! My show is #VivicasBlackMagic #UltimateGurlsNiteOut ENJOY your weekend😘😆 https://t.co/HbNenY75Vn
— Vivica A. Fox (@MsVivicaFox) January 6, 2017

Actress Vivica A. Fox's Las Vegas male revue, Black Magic, has a strict policy when it comes to gay patrons: they're not allowed.

Fox appeared on The Breakfast Club to promote the reality competition show (of the same name) accompanying the opening of her all male strip club, and when asked if gay guys could attend, she said this:

When host Charlamagne Tha God pressed her on why her employees couldn't dance for gay men, she said, "Because there's no need to. They dance for women. It's called 'The Ultimate Girls Night Out' for a reason."

Watch her interview below.