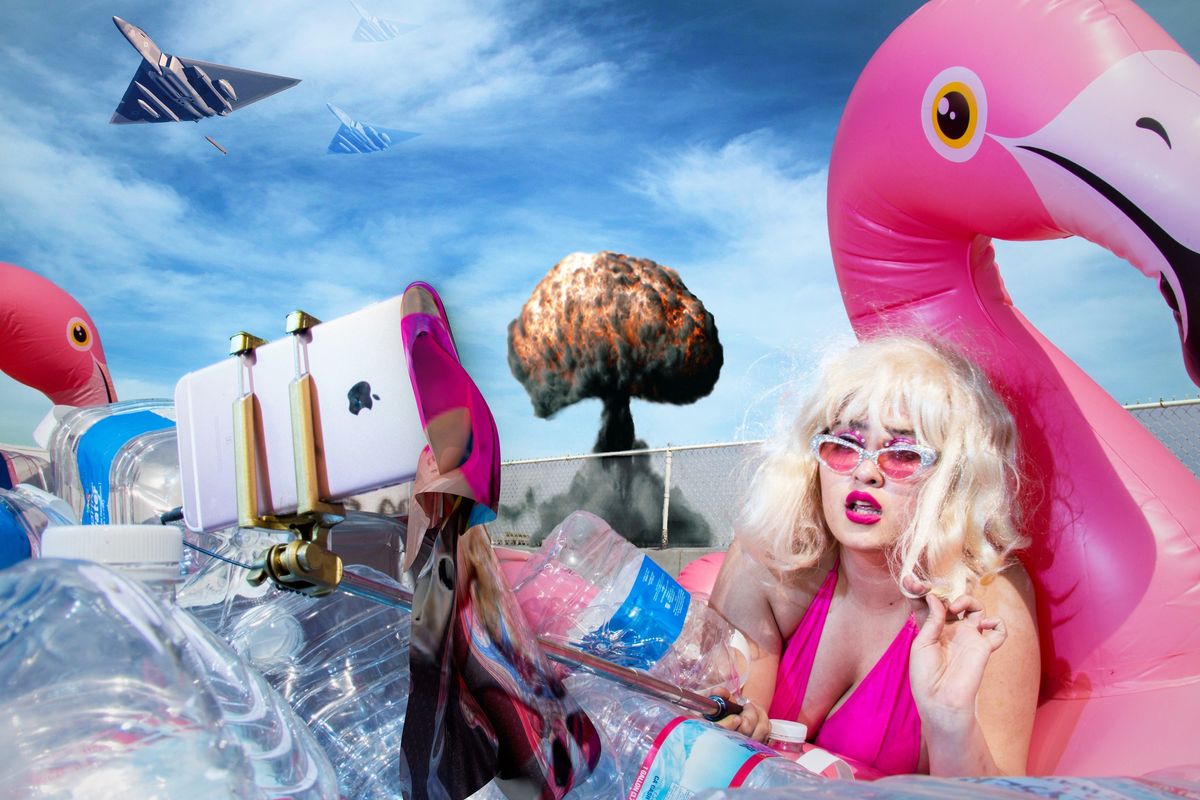 Are Selfies the Internet's Trash?

The year is 2050, and the Earth is breathing its last few labored as the world's oceans boil, forests burn, and cities crumble before us. The 230 million tons of trash that the United States generates each day has spilled over from landfills and flooded our streets. The Great Pacific Garbage Patch has continued to balloon to the point where it now connects California to Hawaii like a trash land bridge. We have mutated into a society that wallows in its own filth, but that doesn't mean we still don't have time to update our Instagram.

This dystopian vision of the future is the point of departure for photographer Sasha Gransjean's new series, Trashy Selfies. "Selfies to me are a form of digital trash because they already outnumber the world population by a hundred times, so what happens to all the data? How are we going to differentiate our 2022 selfies from the homogeneity of 2015?" Gransjean explains. "I've only ever lived in big cities where the remnants of capitalism are physically visible in the streets. I guess that's part of why trash has always had an appeal to me."

"Selfies to me are a form of digital trash because they already outnumber the world population by a hundred times."

The colorful series takes an editorial-yet-humorous approach to post-apocalyptic selfie couture. Discarded Cheetos bags are fashioned into tube tops, a tennis ball is turned into a ball gag, and a flamingo floatie rests atop a sea of water bottles in this reimagined reality. The series' subjects seem indifferent to their various grotesque and abject states, caught up in a delirium intoxicated by their own vanity. "I feel like the hyper-consumerist life we are currently living must have a tipping point, that's what I'm interested in," Gransjean says.

Check out Trashy Selfies, below.