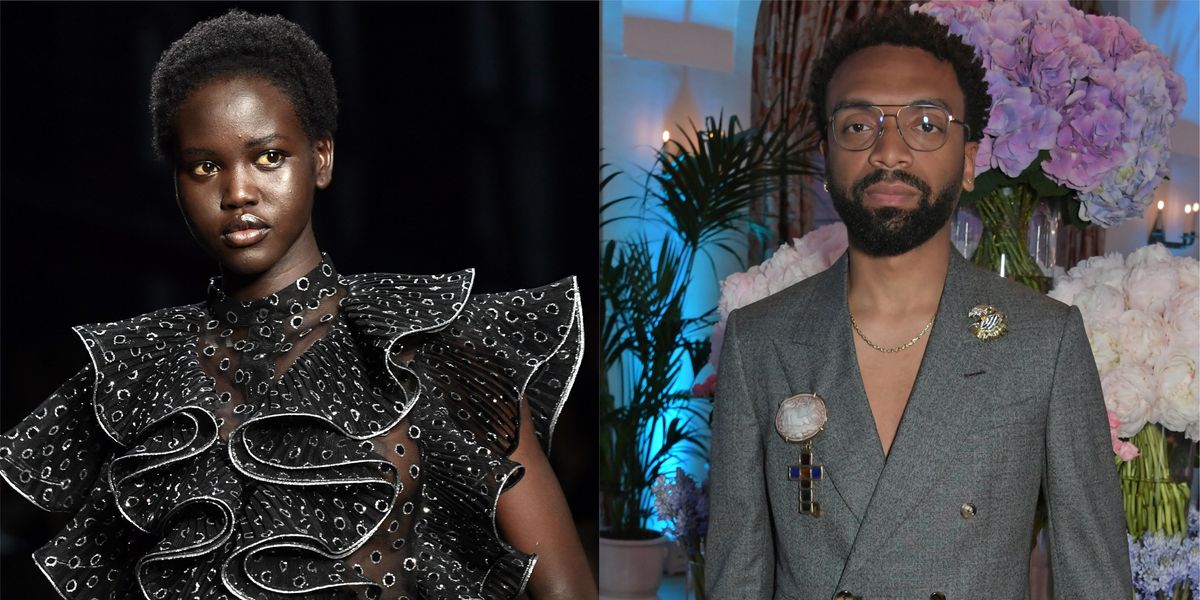 TIME released its first-ever "100 Next" list today, an expansion of the publication's famous "Time 100" franchise that honors the world's most influential people. For the inaugural list, which features 100 "rising stars shaping the future" of a variety of fields, two are from the worlds of fashion: Adut Akech and Kerby Jean-Raymond.

Both individuals have had a stellar 12 months, with a slew of runways, magazine covers, and campaigns booked for Akech, and a pair of critically-acclaimed shows for Jean-Raymond under his label Pyer Moss.

"Inherent in Kerby Jean-Raymond's work for Pyer Moss, the fashion label he founded in 2013, is a dedication to centering the black American experience," says the accompanied profile. "That vision can be seen in all aspects of the brand—from a shirt emblazoned with the names of unarmed victims of police brutality to a joyous runway show hosted in Brooklyn's historic Weeksville neighborhood, one of America's first free black communities."

Meanwhile for Akech, the South Sudanese-Australian beauty was named "Model of the Year" by models.com in 2018. She has also made "concerted efforts to make the fashion industry more inclusive," her profile says. "Among them: calling out racism and amplifying the stories of her fellow refugees."

In addition to Akech and Jean-Raymond, the list includes other up-and-comers in their respective fields such as artist/photographer John Edmonds and actor/playwright Jeremy O. Harris. Past "Time 100" honorees from the fashion industry include Valentino's Pierpaolo Piccioli and Givenchy's Clare Waight Keller.