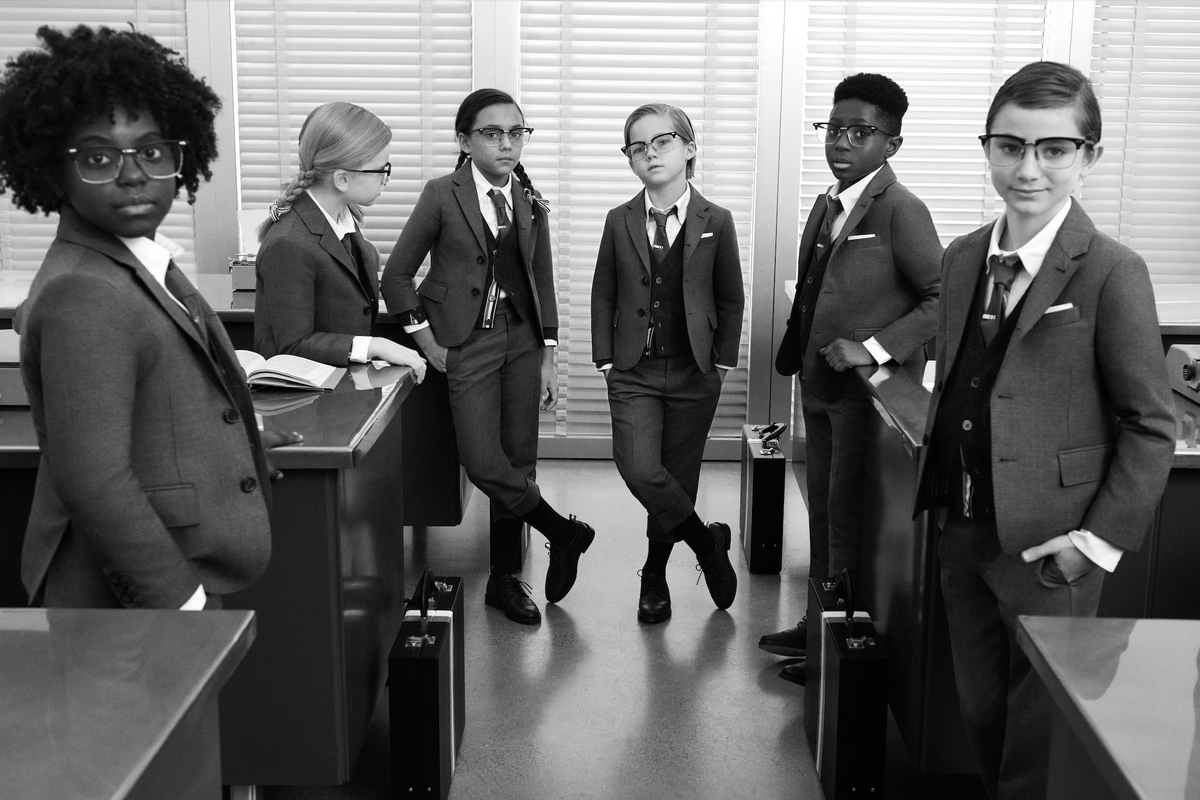 Since as long as it's been around, the signature Thom Browne uniform — gray suits in shrunken proportions and precise cuts — has been a style adopted exclusively by adults. But now, the brand is officially letting kids in on the action for the first time.

On January 25, a full childrenswear offering comprising of miniature looks borrowed from the grown-up range will land in the designer's stores and e-commerce site. The collection is for ages 2 to 12 and includes the Super 120s suit, an overcoat with velvet top collar, the four-bar cardigan and a classic oxford shirt. (Tailoring, knits and footwear are all featured.)

The looks were unveiled this morning via a short film depicting a cast of stylish children clad in their sharp Thom Browne wares while hanging out in a classroom complete with apples, milk and typewriters. The clip was directed by famed photographer Cass Bird as part of the digital Paris Fashion Week Men's lineup.

Check out the gallery, below, for a selection of looks.