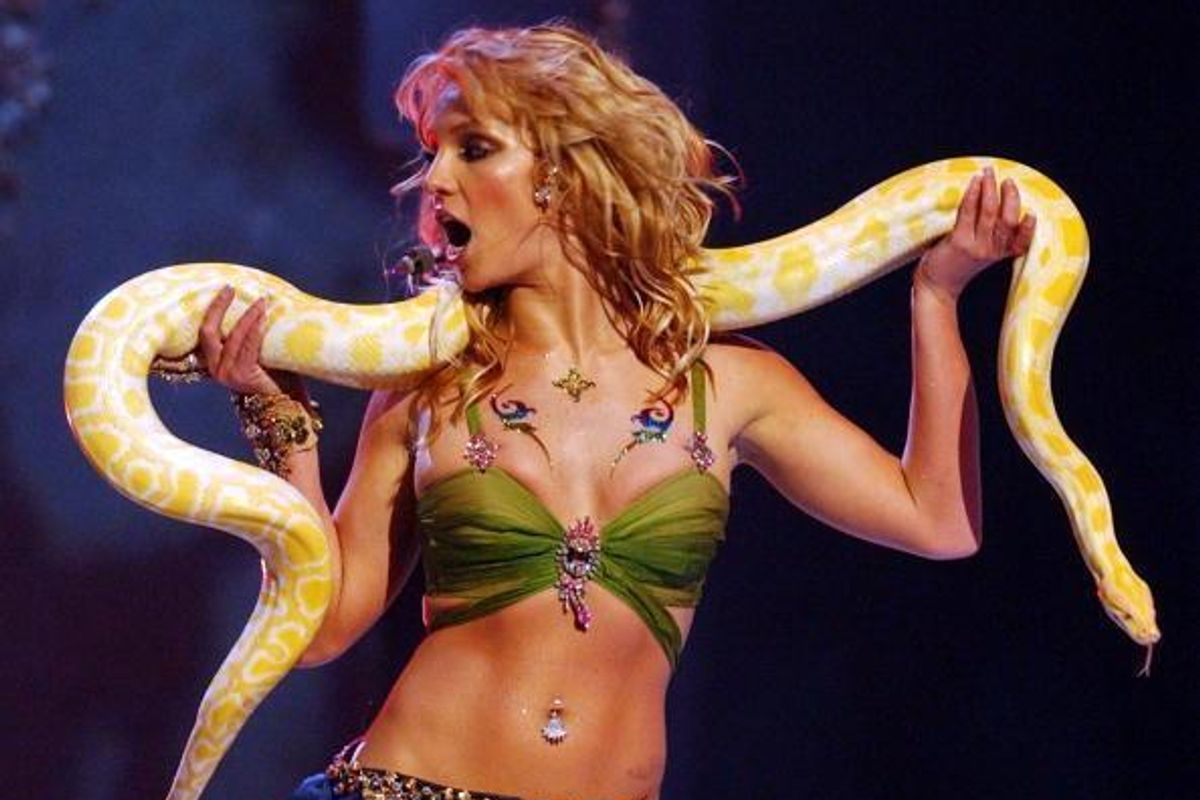 A Canadian superfan just put seven iconic Y2k-era Britney Spears costumes on eBay, including her "I'm A Slave 4 U" lewk from the 2001 MTV VMAs, y'all! In addition to the most important green bikini in music herstory, this staggering collection of bra-forward fashions includes Brit Brit's music video ensembles from "Overprotected,""I'm A Slave 4 U" AND "Me Against the Music," amongst others.

It seems like only yesterday day when people looked at Britney Spears like she was a little girl, and then she stepped into this world, and when she did, she was wearing a jeweled bellybutton ring like a Treasure Troll and holding a giant yellow python named Banana. What's practical, what's logical, what the hell who cares? If you don't take this once-in-a-lifetime opportunity to get your hands on Britney's shredded NFL jersey from her 2001 Super Bowl performance with Aerosmith and NSYNC, how are you gonna look your kids in this eye? The collection is sold as a set - these looks cannot be separated or they become withdrawn and depressed - and the current high bid is $46,800.