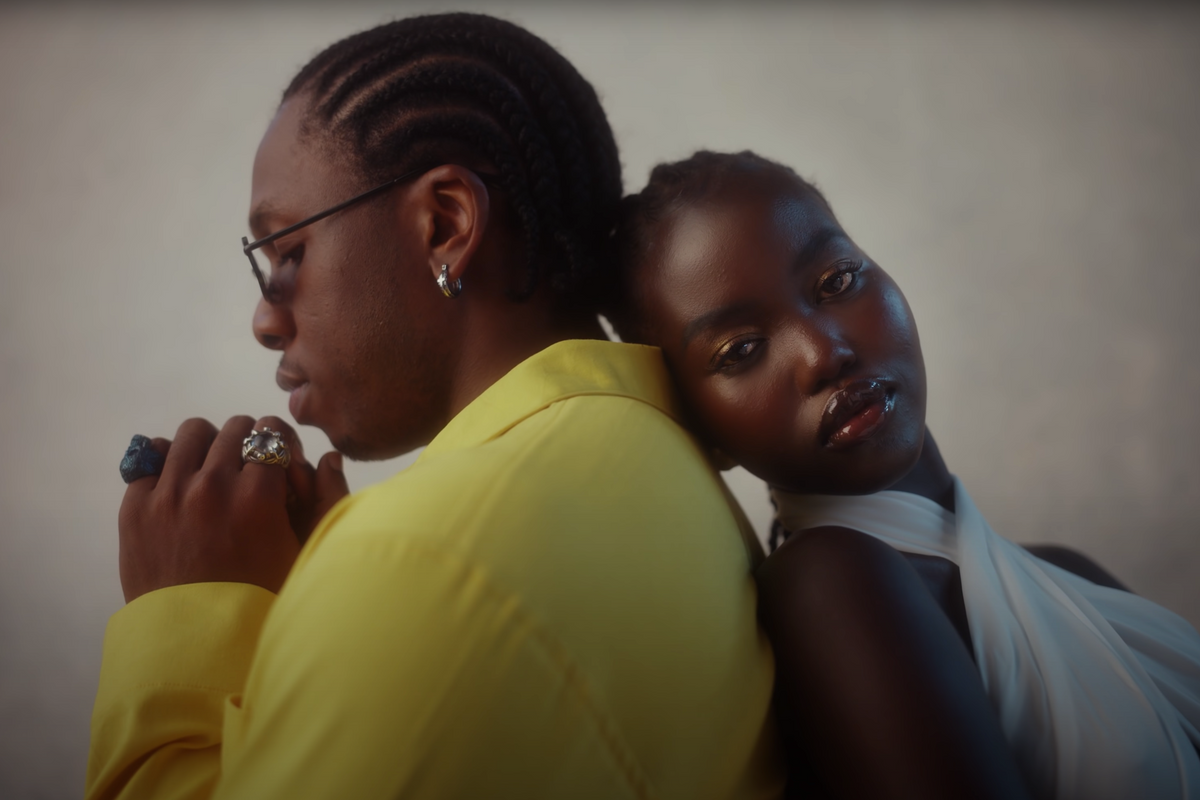 Animated by harmonious instrumentals and bouncing synths, the track fuses jazz components with textured layers that place Runtown's lyrics at its forefront. "Say me no want no negativity in life/ Cyaan never let nobody take my wife," he sings, pointing to his serious relationship (and rumored engagement) with supermodel Adut Akech, who also happens to star in the accompanying music video, out today.

"Unconditional love is what keeps the world going around," he told PAPER of the song's message. "No matter the issue, there's always a solution."

Shot by JM Films in London, the video opens to an empty, tufted couch in the center of a deserted warehouse, setting the scene for Runtown, who then appears in an all-white ensemble and shows off his tattoos. There's a sudden jump to the next scene, where an interpretative dancer, whose head is covered in a brown and blue striped fabric, pulsates from the ground with a cadence like that of a heart beat.

From there, close-up shots allude to a mystery girl, who's wearing a white, African-inspired two-piece set that matches that of Runtown's, and as the video progresses, the secret lover is revealed to be Adut. Between interpretative dance frames, Runtown's solo shots and visuals of the madly-in-love couple, the video is a modern expression of Runtown's romantic side.

"My experiences and opportunities that music has created have most definitely elevated my mind and opinions to certain topics," Runtown said. "My music is my lifestyle and as I grow as a person, I infuse every aspect of development to my craft."

Watch Runtown's "Kini Issue" music video and stream it, below.