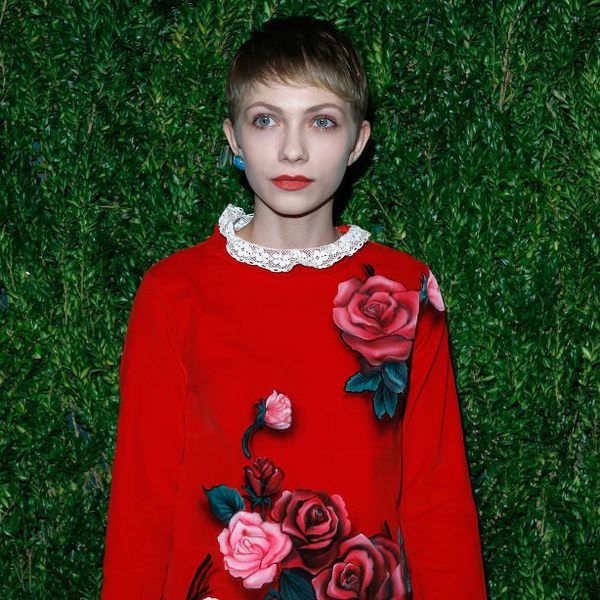 Today is the last day you'll be able to read new posts on Rookie, the online magazine's founder and editor Tavi Gevinson has announced. In an editor's letter published this morning, she logged off from the project and explained in depth both the personal and business factors that led to her decision.

Gevinson was just 15 when she founded the online zine for teenage girls in 2011, under the guidance of a '90s publishing legend: Sassy's Jane Pratt. Rookie helped introduce an entire generation to feminism, and launched the careers of a diverse group of young photographers, artists, and writers — from Petra Collins to Jenny Zhang. Seven years ago, there was nothing else like it on the Internet, although over time the site's feminist ethos has noticeably influenced the politics of more mainstream teen publications.

Rookie will stay online at least for the next few months, as will its e-store. But in her final editor's letter, Gevinson said that Rookie's business model was no longer sustainable without outside investment, which she was reluctant to seek for a number of reasons. She noted that many digital publishers are facing similar struggles:

"Rookie started in 2011, and to remind you where technology was then, I had a slide phone and no Instagram account. When I got home from school every day, I looked at websites on a desktop computer... Nowadays, social media gets more of people's eyeballs than publications do. Publications can use social media to promote their content but it is rare to get people to actually click out of an app and look at it. Also, Twitter, Instagram, YouTube, etc., now exert more control over what you see, based on which accounts are best at posting according to those platforms' ever-changing algorithms."

As a result, Gevinson explained that Rookie faced a tough choice. "The options were: selling Rookie to a bigger media company, partnering with one of those media companies, getting investors, or asking readers for donations or subscriptions," she said. "In the meantime, we could no longer afford to have an office or as big a team of editors."

Gevinson also gave some insight into the personal toll running the site has taken on her over the years, and particularly how anxiety and imposter syndrome" have affected her ability to keep it going.

She thanked her contributors and editors past and present, saying that it would "take a long time for me to process the rareness of this connection, and the feeling that it's over... The changes people create in one another do not go away. The people you grow up with stay with you forever. You made Rookie with us, and its spirit will live on in whatever comes next for us all."

It's the end of an era. RIP, Rookie: we were lucky to grow up with you. Please keep the Ask A Grown archive up forever!