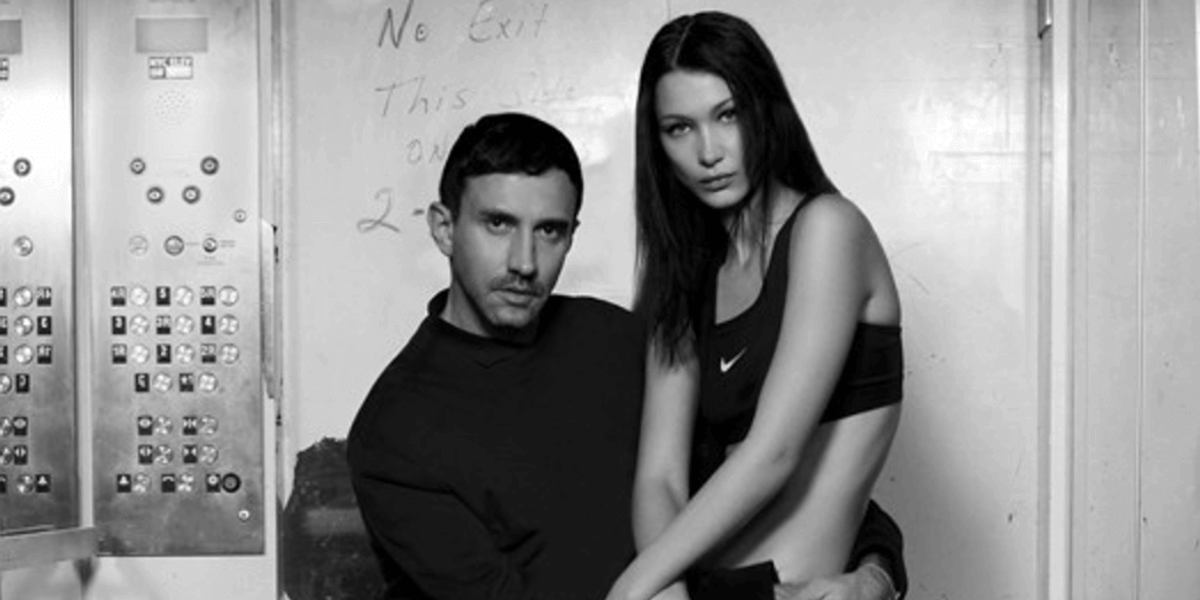 The burning question since news broke Queen Riccardo Tisci had flown the Givenchy coup is what on planet earth is he going to do next. Thankfully, we won't be deprived of his genius for long, because as of right now, he's just do[ing] it.

The rumors are true. For his fourth collaboration with NikeLab, daddy Tisci, who wore sneakers the first time he met Hubert de Givenchy, is bringing forth a new pair of Dunk Lux Highs in nod to 80s skate/basketball culture. Having played as a teen in Italy, Tisci's love of the game runs deep – he even staged Givenchy's Fall/Winter '14 menswear collection on a basketball court-inspired set.

The shoe's campaign images feature a barely-clothed Bella Hadid atop Tisci, both sporting Dunk Lux Highs in contrasting colors, which come in red/white and black/white. The Dunks will drop in New York on February 10 and worldwide on February 23.