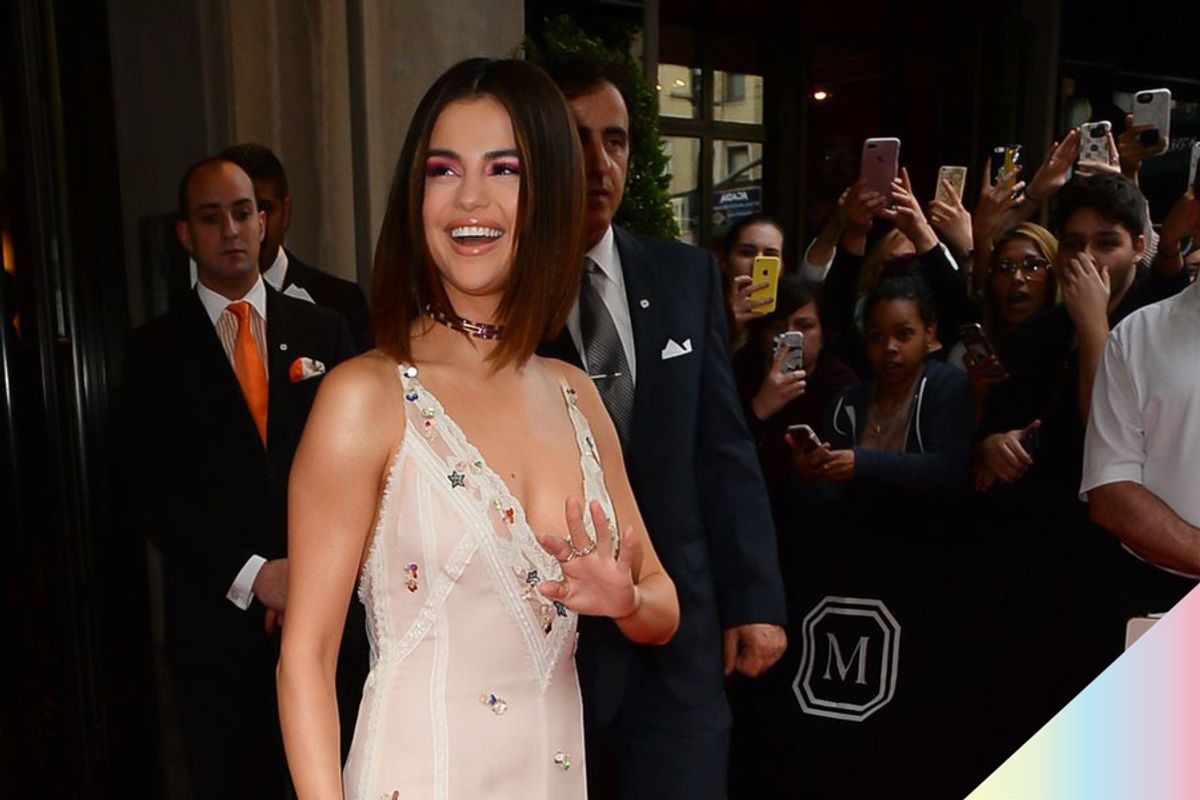 It should come as no surprise that Selena Gomez, has legions of gay fans. In honor of Pride Month, Billboard asked the singer, and many other of the biggest names in music, whether to pen open letters to the LGBTQ+ community to express their gratitude and discuss their commitment to the cause.

Selena talks about her mother's acceptance for those identifying as homosexual, and how that shaped her as a child. She even reveals a drag queen performed at her sweet 16, which, quite frankly, would have been my dream.

Read the entire letter below and head over to Billboard to read more letters from Barbara Streisand to Britney Spears.

"I remember as a young child going to brunch on Sundays with my mom and her group of friends. I had no idea they were all gay as I didn't even comprehend what that meant at the time. All I knew is that I loved being surrounded by these kind, fun and loving friends my mother had around her. I definitely give credit to her for raising me in an environment that was incredibly open-minded and non-judgmental. She also surprised me at my 16th birthday party with a performance by the most beautiful drag queen singing my favorite song. I don't think most 16 year olds can say that!

My co-writer Justin Tranter couldn't believe I had never seen the Madonna documentary Truth or Dare and so while we were in Mexico he sat me down to watch it with him. I loved it and was especially struck by how groundbreaking it was for the gay rights movement and how far LGBTQ rights have come in my lifetime. There is still a significant amount of work to do and I look forward to the day when a person is never judged, discriminated or feared for their sexuality."