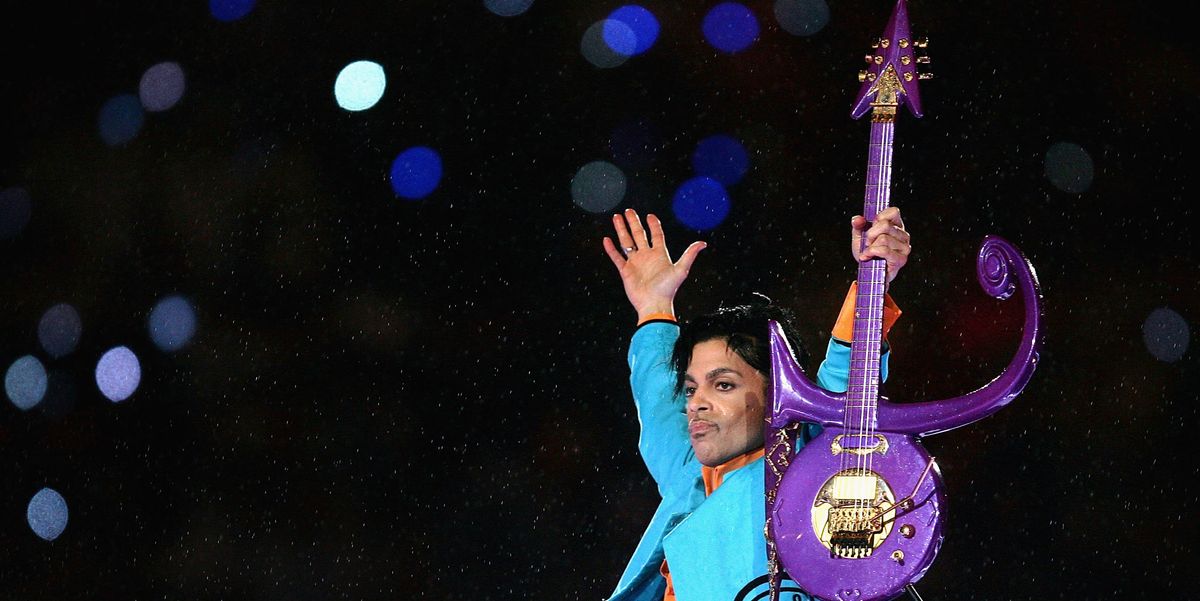 
While a hologram of Prince was not projected during Justin Timberlake's Super Bowl halftime performance, a massive video of him in concert was projected next to JT as he sang and played along with the Purple icon on the piano. The streets around the Minneapolis stadium where the game was played were also lit up with purple lights to show Prince's famous logo.

Prince, who passed away in 2016, was honored by Justin Timberlake during his #SuperBowl halftime show. pic.twitter.com/7ug25pHzLu
— NBC News (@NBCNews) February 5, 2018

After it was reported yesterday that Justin Timberlake would perform at today's Super Bowl halftime show alongside a hologram of Prince à la Tupac at Coachella, Prince fans were understandably upset, as it was known that Prince hated holograms. Now, the Purple One's former collaborator and friend Sheila E. has confirmed that the performance will not be happening.

Prince famously performed at the Super Bowl halftime show in 2007, and today's game will be held in the late artist's hometown of Minneapolis. Still, ten years ago in a 1998 interview with Guitar World, Prince discussed how he felt about the possibility of holograms and their use in performances. He was very clear that he was disturbed by the concept of virtual reality.

"That's the most demonic thing imaginable," Prince, who was a Jehovah's Witness, told the publication. "Everything is as it is, and it should be. If I was meant to jam with Duke Ellington, we would have lived in the same age. That whole virtual reality thing... it really is demonic. And I am not a demon," he said. "Also, what they did with that Beatles song ["Free As a Bird"], manipulating John Lennon's voice to have him singing from across the grave...that'll never happen to me. To prevent that kind of thing from happening is another reason why I want artistic control."

Sheila E. spoke out when the announcement was made, and revealed that she spoke with Timberlake, who agreed to cut the hologram portion of his performance:

Prince told me don't ever let anyone do a hologram of me. Not cool if this happens! https://t.co/khtCjXr2mY
— SheilaEdrummer (@SheilaEdrummer) February 3, 2018

Family, I spoke w/Justin 2nite and he shared heartfelt words of respect for Prince & the Purple fans. I look 4wrd 2 seeing what I'm sure is going 2 be a spectacular halftime show. There is no hologram. 🙏🏽💋 pic.twitter.com/mhVXBfBa1B
— SheilaEdrummer (@SheilaEdrummer) February 4, 2018