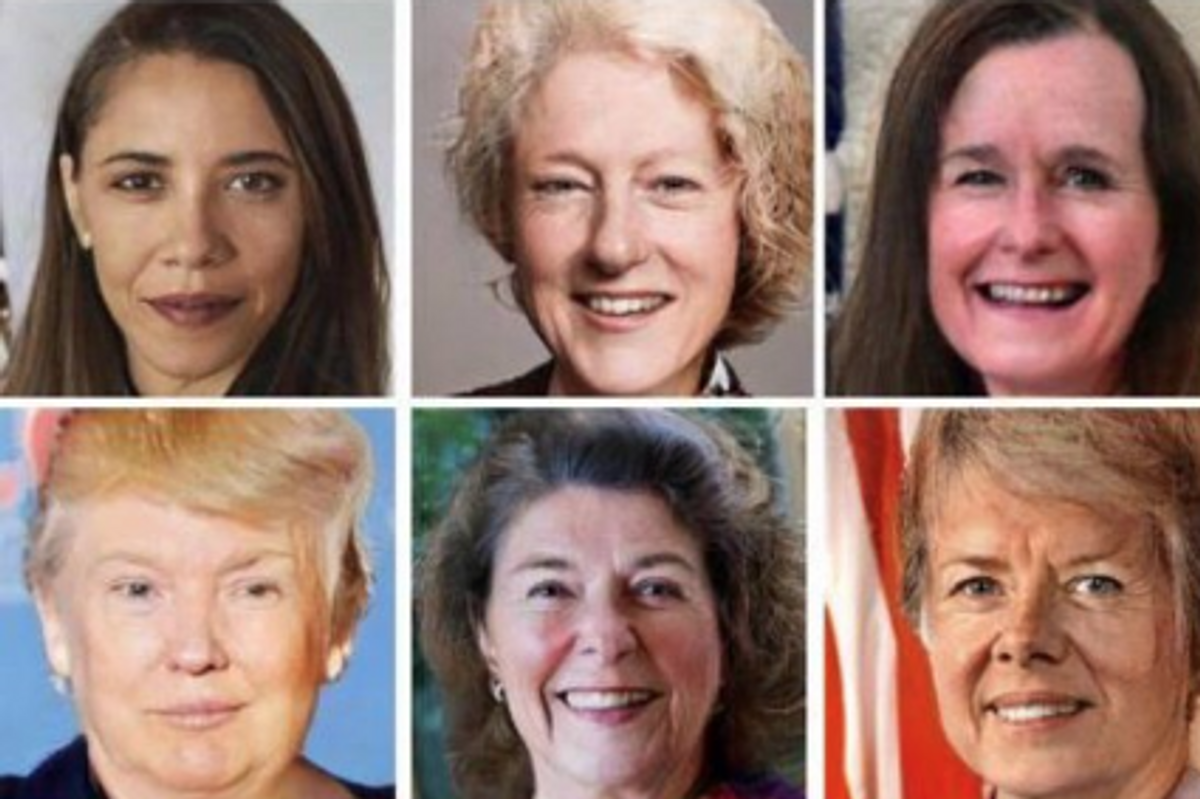 Someone Turned the Presidents into Women and It's Freaky

When we said we wanted a female president, this is definitely not what we meant.

Someone on FB just posted this all-female version of the Presidents, using that face-swap app. pic.twitter.com/ElDBuo0awT
— Emily Nussbaum (@emilynussbaum) February 14, 2018

The photos in question were first posted by a user on Reddit, though at this point its original creator has been lost to the annals of memedom.

Barack is the only really hot one, no surprises there.

Is that Coolidge or Harding that looks like a young Elisabeth Moss?

Now if only we lived in a world where we didn't have to use an app to create fake female presidents.