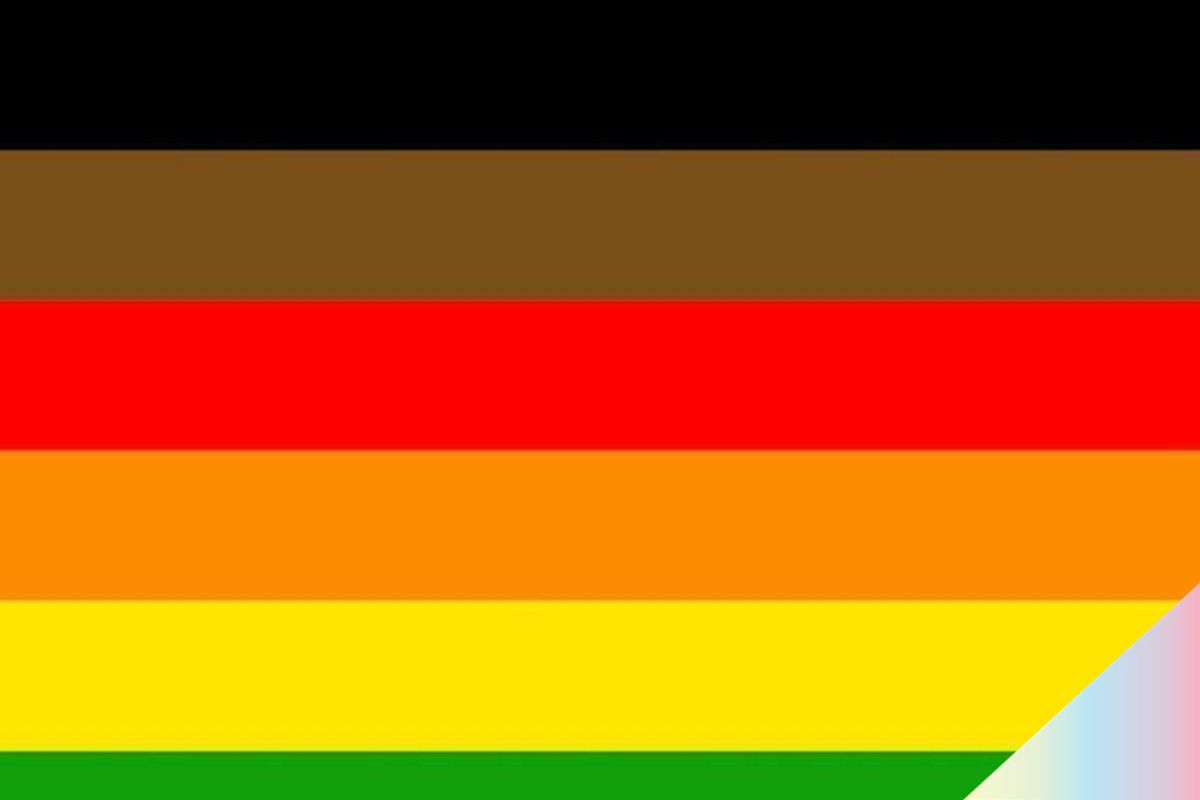 The Pride flag is meant to be a representation of people of all ages, cultures, and races coming together to feel proud about their sexuality. But many LGBTQ people of color have felt exclusion and been confronted with downright racism from within the community, something that shouldn't be acceptable where acceptance is key. So the city of Philadelphia made a small effort that will hopefully enlist a big call-to-attention.

As part of their Pride celebrations, a rainbow flag with black and brown stripes on top was hoisted outside their City Hall during a recent Pride Month gathering, a move meant to be a proud acknowledgment of LGBT people of color. The flag was created by the More People More Pride campaign, who worked with the city of Philadelphia itself to hang it for Pride Month.

Amber Hikes, executive director of Philadelphia's Office of LGBT Affairs and a black queer woman herself, said she hoped the flag would start a conversation about the experiences of people of color within the LGBT community. This is especially essential after recent incidents of racism in the city's "gayborhood," including one where the owner of a gay bar was caught using a racial slur in a video. "It's a push for people to start listening to people of color in our community, start hearing what they're saying, and really to believe them and to step up and say, 'What can I do to help eradicate these issues in our community?'," Hikes explained.

A greater conversation will hopefully arise from this, but even the sheer special inclusion of LGBTQ people of color is a cause for celebration. The new design looks utterly natural and only adds more beautiful shades to our community's wide spectrum of colors.