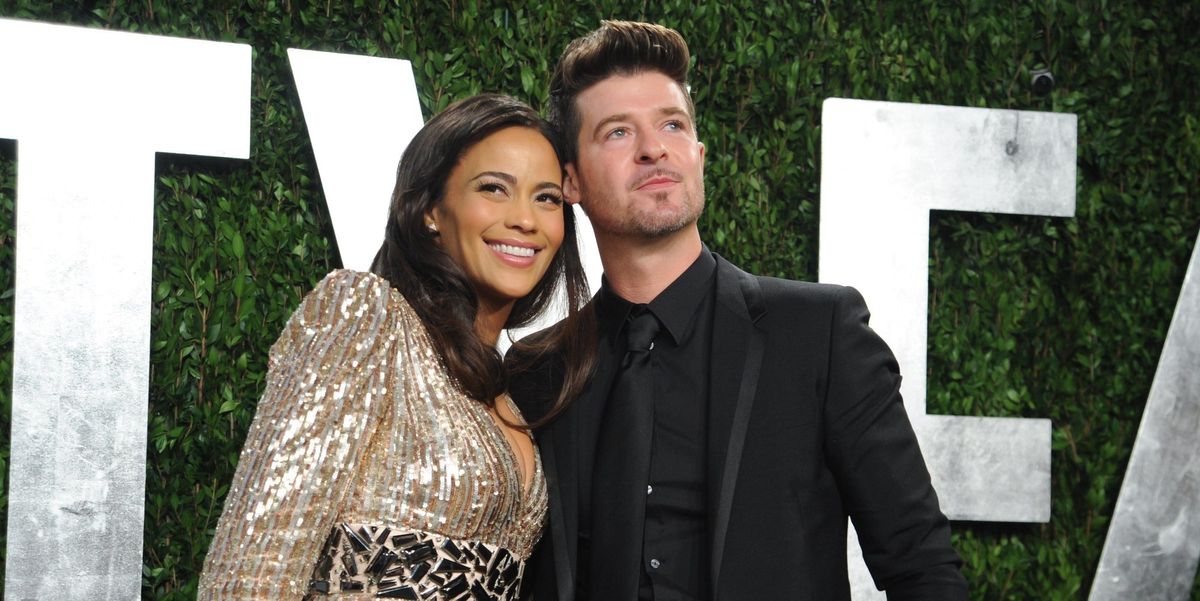 Yesterday, an LA judge granted Paula Patton a temporary restraining order against ex-husband Robin Thicke, after she alleged that Thicke physically abused her during their marriage. The two are currently in court settling an ongoing custody dispute, in which both parties are seeking sole custody of their son, Julian.

According to TMZ, Patton swore to the judge that Thicke beat her and threatened multiple times to "bash my fucking head in." To support these allegations of domestic violence, Patton points toward a particular incident at the Cannes Film Festival in 2013, when Thicke reportedly "hit her with a closed fist to her upper body and then pushed her onto the ground."

Patton also alleged that Thicke has a history of cheating and a "serious" cocaine problem. However, the breaking point for her was earlier in February 2013 when Thicke and their son came to visit her on-set. Thicke was supposed to take care of Julian, "but early in the morning, he began screaming in front of them that he wanted to "fucking sleep ... Who do you fucking think you are not letting me sleep!"

According to TMZ, Patton also claimed that amongst a number of other things she "began noticing behavior changes [in Thicke] last November," and described an incident in which Julian was spanked after asking Thicke for a hug before bed.

She also said Thicke has been traumatizing her and Julian during the custody battle, by demanding visitation and refusing to leave her mother's home last week. Subsequently People reports that the temporary restraining order has Thicke at least 100 yards away from Patton, their son and her mother for the time being.

Thicke's lawyers say that these claims are "unfounded" and that the Department of Children and Family Services is looking into Patton for purported emotional abuse. That said, Patton's restraining order still stands and Thicke cannot see Patton or Julian for now.