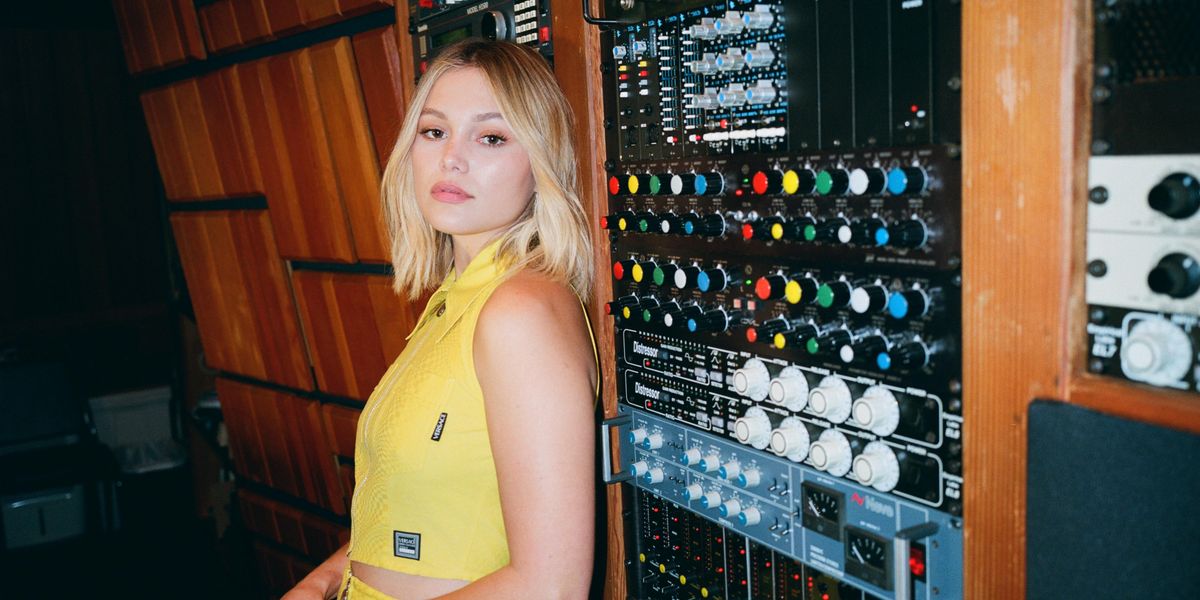 Olivia Holt entered a new era of music this year with the release of her single, "Next," a playful bop that sees her flirting with a love interest. "I wanna dance with you after," she sings on the chorus. "Let me get with you next." The track was co-written by hitmaker Meghan Trainor, whose signature lyrical style and melodies are all over the song, from "Baby, shake your cake" to "I'm callin' dibs."

Twenty four-year-old Holt, who stars in Freeform's Cruel Summer as Kate Wallis, a popular teenage girl that gets abducted in her small suburban Texas town, will officially be returning to TV this month to sing live on Bachelor in Paradise. The ABC spot will mark her debut performance of "Next" on national television, following a recent rendition for VEVO.

Ahead of Holt's Bachelor in Paradise appearance on Tuesday, September 7 at 8 PM EST, PAPER caught up with the performer to talk about everything happening "Next."

🌹performing on @BachParadise next tuesday, september 7! tune in to #BachelorinParadise at 8/7c on ABC! @bachnation https://t.co/oXiHqAIXUf
— olivia holt (@olivia holt)1630541808.0

What is your next trip?

Veggie Grill! It's the little trips...

What is your next text?

What is your next meal?

What is your next mistake?

Burning a quesadilla in the kitchen.

Behind the scenes of making "Next"

What is your next concert?

When is your next kiss?

In a couple of minutes, from Roger, my dog, when I finish this interview.

What is your next party?

Probably one I spontaneously crash.

When is your next date?

What is your next purchase?