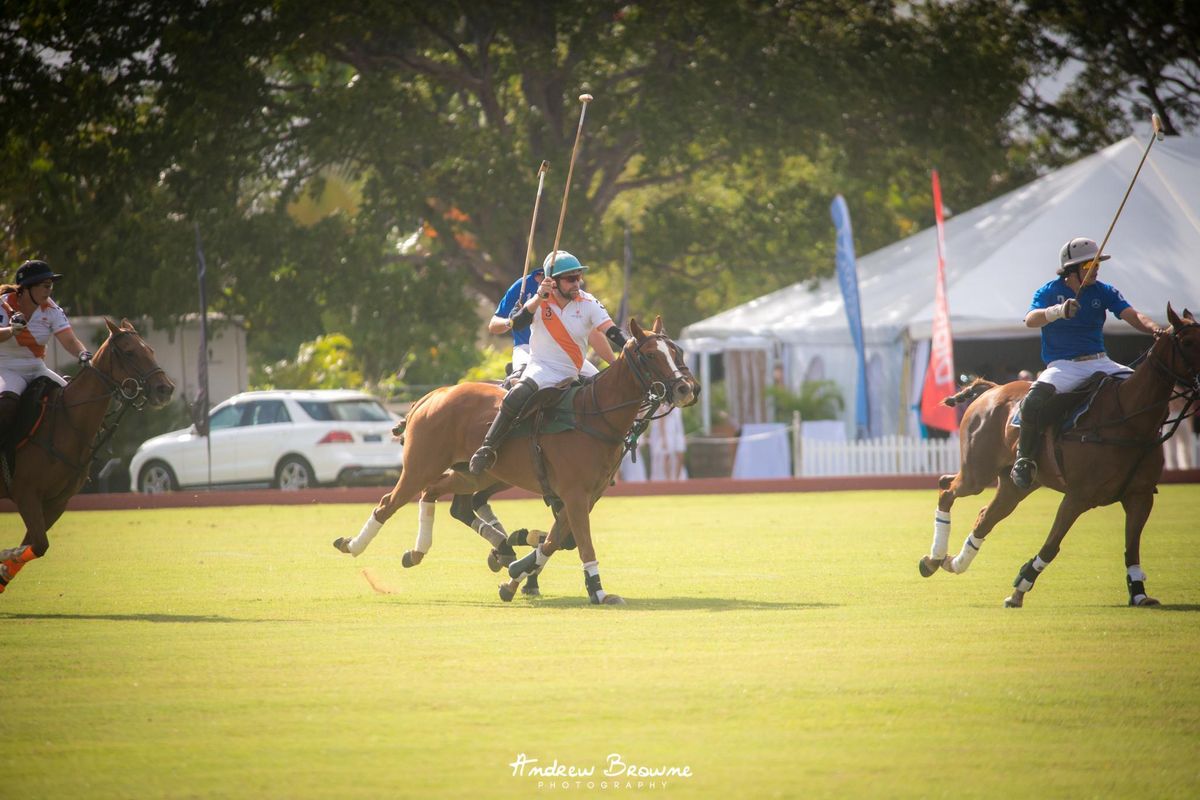 The famed beach club celebrates its upcoming property in Barbados by sponsoring a polo match.

At first glance, beachside lounges, thumping electronic music and colorful cocktails might seem at odds with the thought of genteel polo matches featuring ladies in hats and men in seersucker but those two worlds converged beautifully last month in Barbados. The Caribbean nation, home to Mount Gay rum and, yes, Rihanna, will soon host the latest incarnation of Nikki Beach, the famed beach club founded by Jack Penrod in Miami Beach in 1998 and named for his late daughter who tragically passed away in a car accident at only 18. "To deal with my pain, I decided to turn my grief into a quest to celebrate [Nikki's] life every day," Penrod says of the motivation behind starting the brand nearly 20 years ago.

Since then, the club has expanded to include properties in places like Koh Samui, Thailand; Porto Heli, Greece; Marrakech Morocco; Saint Barth and more, and conjures images of celebrities (and many fabulous-looking people who look like celebrities) lounging on their signature oversized beds, dancing on the beach and having fun in the spirit of Nikki Penrod's legacy and the brand's "Celebrate Life" motto. When it came to identifying Barbados as its newest destination, Penrod explains that "Nikki Beach has successfully made our mark throughout the Mediterranean and the Middle East, and has become recognized and well-respected worldwide for just under 20 years. Now, the overall strategy for the company is to grow the Caribbean, as we want a balance between both sides of the Atlantic. With a very successful location in Saint Barth, we've been looking to identify our second Caribbean property and Barbados is the perfect one." (The property's launch is still TBD but Penrod says they're aiming to officially open it at the end of the year with one of their beloved White Parties, which started back in 2002 when Naomi Campbell threw a birthday bash at Nikki Beach Saint Tropez and requested her guests wear all white).

Over the years, the brand has often hosted pop-ups and events at film festivals like Cannes and Sundance along with sporting events like the Monte Carlo Grand Prix car race in Monaco and when it came to getting buzz for their upcoming Barbados location, hosting a polo match was a no-brainer.

Polo remains wildly popular on the island, a legacy, no doubt, from its days under British colonial rule. There are four main polo fields that host matches and tournaments during the season, which runs from December to May. Nikki Beach hosted their pop-up at Holders Polo Club, bringing their signature teepee, furniture and mojitos with them, along with the company's director of culinary operations, Chef Brian Molloy, to create several of their most popular dishes on-site. A cross-section of Barbadian (or as they're known locally, Bajan) society came out to take part and, based on the large crowd still tearing up the dance floor well after the game was over, never wanted to leave. A good sign for Nikki Beach's future on the island indeed.

Take a look at photos from the day, below, and head HERE to keep track of information about Nikki Beach Barbados' launch.