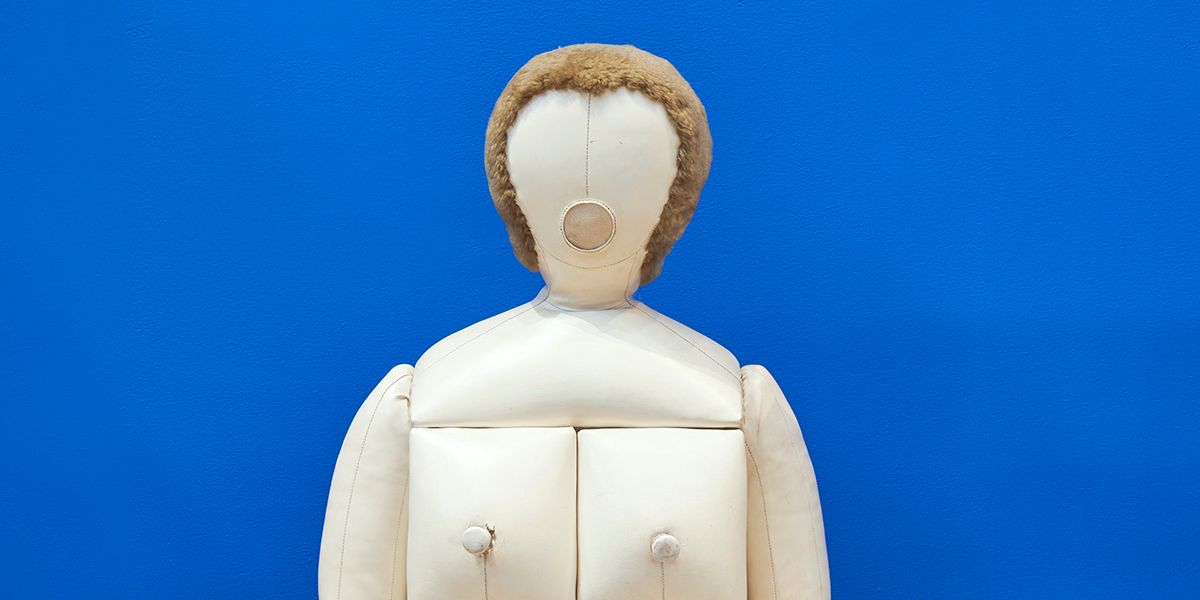 The Lasting Legacy of Nicola L.

This week saw the passing of french artist Nicola L., who is widely regarded as one of the most criminally overlooked pioneers of pop art and an important member of the feminist art canon. Best known for her functional sculptural work that turned various parts of the human body into furniture, it was surprisingly only at age 80 that Nicola L. was given her first career survey at the SculptureCenter in New York last year.

So it feels apt to take a look back at what exactly made Nicola L.'s work so important. Consider the skyscraper, a phallic shard of glass, concrete, and steel jutting up through any city's given skyline. The skyscraper only ever aspires to be bigger and taller than any other building around it, it is locked in an eternal architectural dick measuring contest that is the by product of centuries of monument building.

In stark contrast to the patriarchally organized world around her, Nicola L.'s work tackled the objectification of women's bodies by very literally turning the human body into an object. Her work was designed to inhabit the most intimate of spaces, the home, and to become enmeshed as an active part of our daily lives. Everything from the humor of turning on a lamp shaped like an eye to the profound perversity of opening a drawer shaped like a breast, Nicola L. challenged us to reexamine the way we regard not only women but bodies as objects and the implications of such a distinction.

Perhaps best exemplified by her 1969 sculpture Little TV Woman: 'I Am the Last Woman Object,' L. crafts a sex-doll like cabinet with drawers in place of breasts and a small TV situated in the belly that flashes the message, "I am the last woman object. You can take my lips, touch my breasts, caress my stomach, my sex. But I repeat it, it is the last time." L. is very transparent about the feminist dialogues she engages and does so in a way that is clever but firm in its stance.

Nicola L. deserves a lot more credit than she is often given. Long before you buy a boob-shaped coin purse off Etsy or pick up a "Free the Nipple" shirt at Urban Outfitters, Nicola L. fearlessly decontextualized these taboo areas of the human form and in turn opened our eyes to the pitfalls of objectification. Hopefully history will honor her as the feminist pioneer of pop art that she is and celebrate her work for years to come.