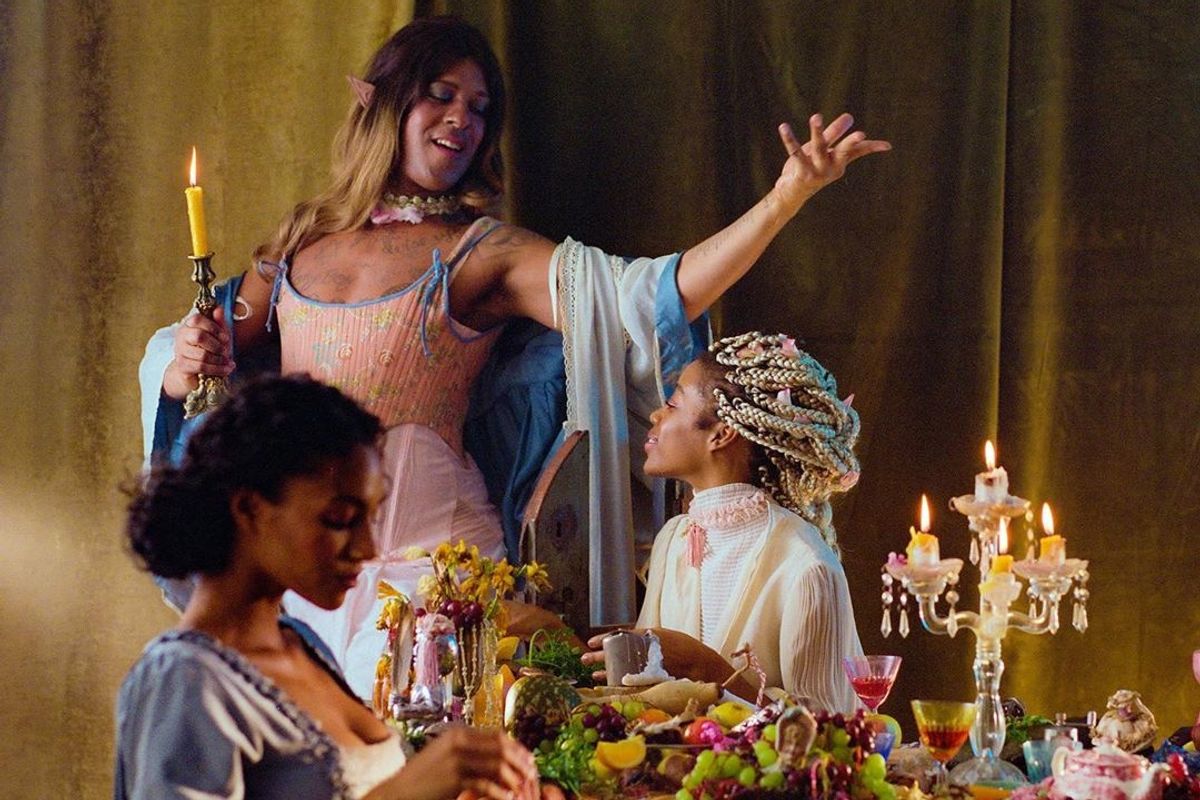 Mykki Blanco Is on Her Queer Hippy Shit

Hot off the heels of the musical theater-inspired barn burner "Patriarchy Ain't The End of Me," Mykki Blanco is back with the latest cut off her new album, the trippy freak-folk spiritual, "You Will Find It."

Produced by FaltyDL and made in collaboration with Devendra Banhart, "You Will Find It" is sage and Palo Santo smoked out stoner meditation on existential matters of love and faith, name checking figures like Lady Gaga, Alice Coltrane and Betty Rubble in quintessential Blanco fashion. Full of gentle guitar plucks and acid-tinged bass that underpin the track's sing-song-y flow, "You Will Find It" exudes a tranquil aura that Blanco describes as being on "my queer fucking hippy shit."

Originally intended to be just an interlude on the album, Blanco recalls the tumultuous period in her life that the track first emerged from. "At the time, my personal life was kinda shitty, I was unhappy in my relationship of three years, and I was unhappy with the situation with the label services company I was with at the time," Blanco says. "After having a pretty hardcore drug relapse in Berlin (the day after I shot my album cover), I flew to Vietnam to detox and to try and make sense of what was happening to my life."

After spending seven months at a Butoh school in Northern India, ending her relationship and getting sober again, Blanco then returned to the song with fresh eyes. "I had a new thought... something else is here, this moment — it can't just exist as an interlude," she says. "No, I wanted this to be more than a brief moment on the record, I wanted it to linger."

Having previously met at a few festivals they had both played in Europe, Blanco describes Banheart as one of her musical heroes, recalling the formative years spent on her own in San Francisco getting hooked on his music. Emboldened by having worked with another idol, Kathleen Hanna, just a few years prior on Gay Dog Food, Blanco approached Banheart with the song and the result was spectacular. "He's not just a feature, he is now in the blood of the song," she says. "He's a part of the composition."

A soothing balm for all your anxieties, "You Will Find It" couldn't have possibly come at a better time. "It felt right to release this song now," Blanco says. "I felt like I had this capsule of really good energy and I needed to release it now and not wait, but let the vibe be felt now in this really anxious moment — that it can feel like a light-hearted mini-mediation in all the current noise."

Listen to Mykki Blanco's latest single, "You Will Find It" featuring Devendra Banheart, below: