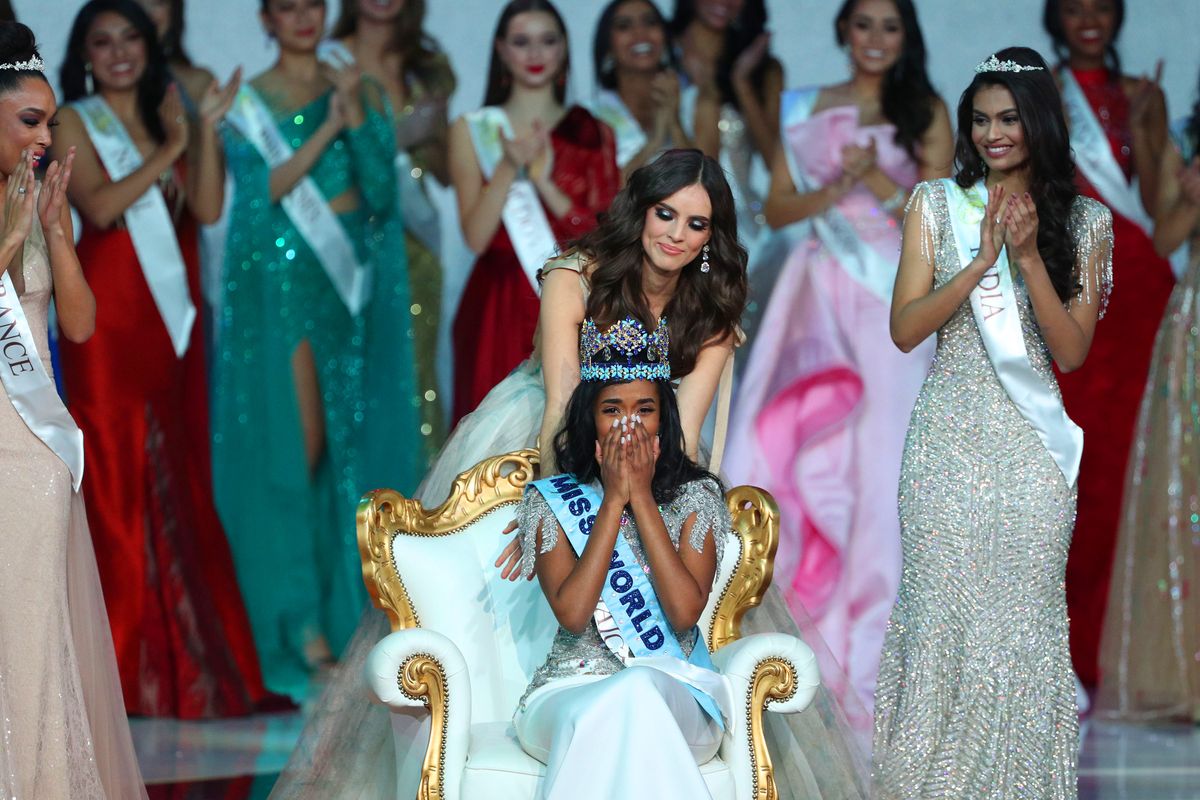 For the first time ever, all five top beauty pageants have crowned Black women in tandem.

And this long overdue winner's circle is no small feat. Since their inception, with certain organizations like Miss America dating back nearly a century, pageants have blatantly excluded Black women.

While upholding features traditionally associated with white women as the ultimate beauty standard, the contests went as far as barring women of color from participation as late as the 1940s.

Even still, it wasn't until years later in 1977 when Miss Universe crowned Janelle Commissiong, its first Black beauty queen, followed by Miss America's Vanessa Williams, in 1983. The Miss USA pageant only saw its first Black reign, Carole Anne-Marie Gist, in 1990.

In her final speech before snatching the Miss Universe crown, Tunzi spoke about the prevailing beauty standards and the need for representation: "I grew up in a world where a woman who looks like me — with my kind of skin and my kind of hair — was never considered to be beautiful," she said. "I think it is time that that stops today. I want children to look at me and see my face and I want them to see their faces reflected in mine."

Singh, the newly appointed Miss World, echoed similar sentiments and pledged to keep championing women. "I will continue to be an advocate for women," she said, after winning her Miss Jamaica crown in September. "I believe women are the lifeblood of our community. So, I will continue to inspire and work with them, so they understand just how great their potential is."