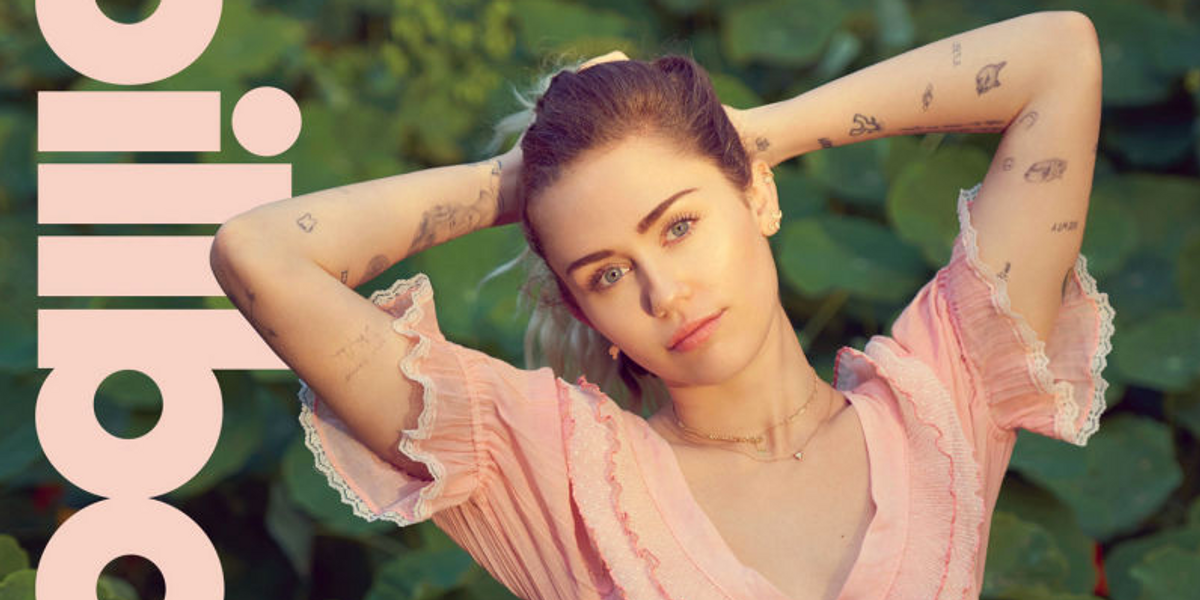 Miley, once often nude, is now "stripped back" in another way. Her new single, out next week, is very stripped back – in fact her whole upcoming album is. Her lifestyle with various farm animals and one, on-again off-again boyfriend Liam Hemsworth, is a stripped back one. Her cover story with Billboard is called "Miley Unplugged" because she's just so stripped back.

Which seems to be working just fine fine for her. Miley has apparently really "changed" since she was last with Liam, who she lives with on a Malibu "compound", in fact she's so changed that's she's given up weed for "a second" (three weeks).

"I like to surround myself with people that make me want to get better, more evolved, open. And I was noticing, it's not the people that are stoned. I want to be super clear and sharp, because I know exactly where I want to be."

Miley's also done with the "nipple pastie", twerking thing, especially as she believes she's alienated country fans. In fact she's distanced herself from hip-hop in general – a genre she embraced wholeheartedly for songs like "23" with Mike Will Made-It and "Feelin' Myself" with Wiz Khalifa and French Montana – because of how the genre depicts women, still, she loves Kendrick Lamar.

"I love that because it's not "Come sit on my dick, suck on my cock." I can't listen to that anymore. That's what pushed me out of the hip-hop scene a little. It was too much "Lamborghini, got my Rolex, got a girl on my cock" -- I am so not that...But I also love that new Kendrick [Lamar] song ["Humble"]: "Show me somethin' natural like ass with some stretch marks.'"

Don't get it twisted, though, Miley's not stripped back ENOUGH to get into a "granola" sound, and for that we should all bow to her. She points this out when the writer observes the new album is very "singer-songwriter-y".

"Yeah. But not granola. I don't listen to Ed Sheeran and John Mayer and stuff."

Read the full interview here, it's full of bangerz.