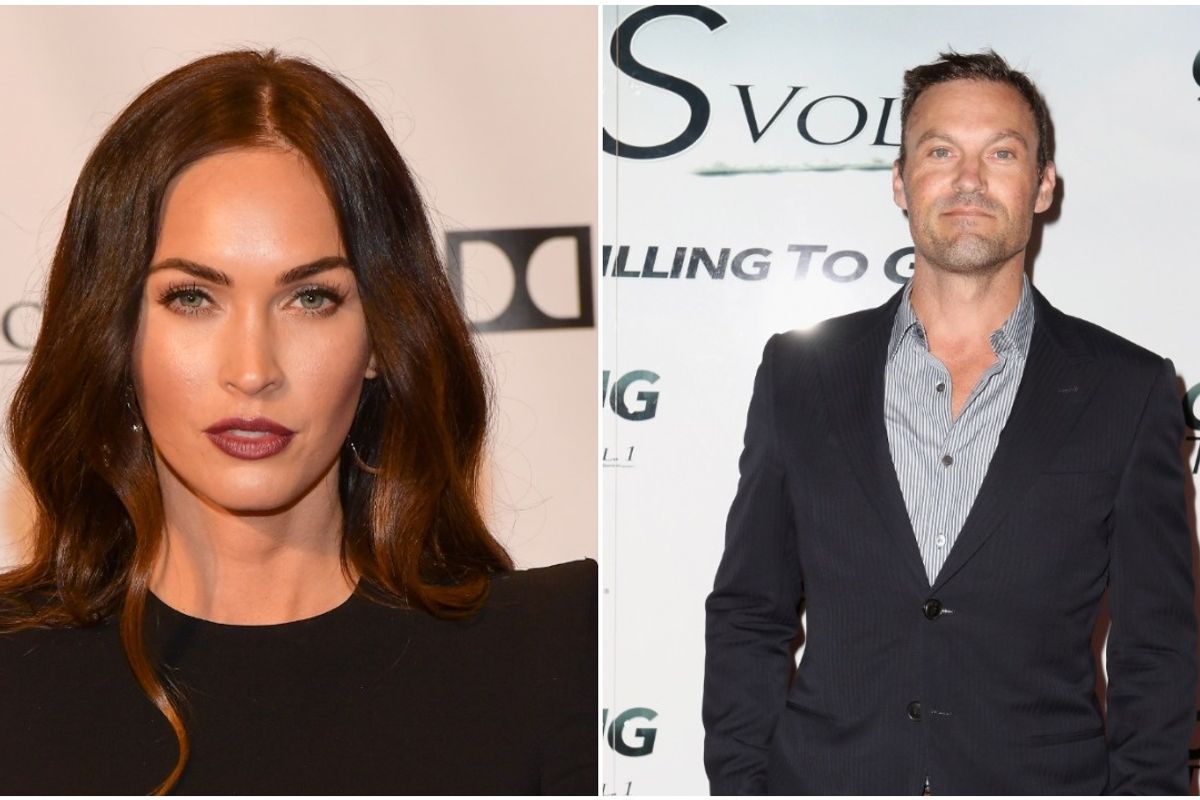 A public declaration of adoration for Machine Gun Kelly made by Megan Fox apparently.hasn't gone over so well with her estranged husband Brian Austin Green.

On Wednesday, the Midnight in the Switchgrass co-stars made their relationship Instagram official by posting a black-and-white mirror selfie of themselves to their respective accounts. However, Fox's caption — in which she wrote, "achingly beautiful boy... my heart is yours" — quickly elicited its own response from her ex of 10 years, who couldn't help but repurpose her caption for photos of their three kids.

"Achingly beautiful boys... My heart is yours," Green wrote alongside pics of 7-year-old Noah, 6-year-old Bodhi, and 3-year-old Journey, as well as his 18-year-old son Kassius from a previous relationship. And while he made no mention of Fox herself, it didn't take long for the internet to take notice of what they dubbed the "best clap back."

That said, Green has previously said on his podcast …With Brian Austin Green that he doesn't want people to "villanize" Fox or her new beau. Not only that, but the actor also went to bat for her again earlier this week on the Hollywood Raw podcast when he defended Fox working with MGK on their movie in Puerto Rico while he's at home with their kids.

"Everybody is judgmental right now because she is out of the country working. This is what we do. We travel and we work. It's no different now than it's been before except that we are no longer together," Green said, before adding, "Megan loves her kids and would do anything for them — and has and will continue to."

Check out their posts, below.

Achingly Beautiful Boy... My heart is yours 🔪♥️🔪

Achingly beautiful boys...... My heart is yours