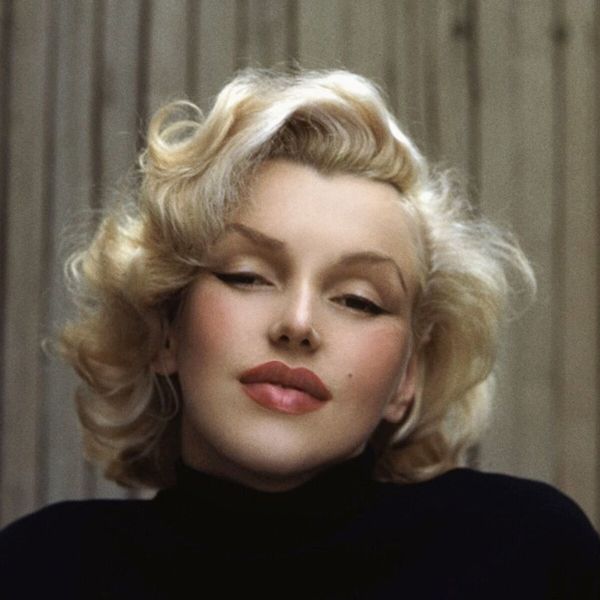 At the ripe age of 16, Kylie Jenner had her very first lip injection, which helped spawn an entire Jenneration of young women seeking to plump their lips (and perhaps invest in one of Kylie's own insanely successful Lip Kits). It's become a marker of today's Instagram influencers, backed by statistics that show a dramatic increase in the use of fillers within the U.S. According to data from the American Society of Plastic Surgeons, the number increased from 1.8 million in 2010 to 2.6 million in 2016.

And while Kylie has since deflated her lips, the impact is still present — a mirror to our image-obsessed, selfie society that collage artist Mat Maitland is spotlighting in his new, ongoing series.

Maitland, who's famous for creating Michael Jackson's posthumous Xscape album art, looked to Hollywood starlets of yore, and reimagined them using contemporary beauty ideals. He took late icons like Marilyn Monroe, Audrey Hepburn and Elizabeth Taylor, and enlarged their lips as if they were a part of today's Jenneration. The result is at once hilarious and unsettling, echoing an era when plastic surgery has become a casual lunch time hobby. But for Maitland, this isn't a critique, but an observation on a phenomenon he finds deeply fascinating.

"I started to imagine some of the most idolized stars embracing cosmetic procedures and trends if they were still alive today."

"Some people might look at this series and believe that I am making a hard commentary on cosmetic procedures. This isn't the case at all," Maitland told PAPER. "I've always been fascinated by people who push beauty to the extreme. One of my heroes, Michael Jackson, explored the idea of transformation early on in his career. Cosmetic approaches to beauty were previously restricted to celebrities and the mega wealthy but these have now become more attainable. Everywhere you look there is evidence of these contemporary ideals of beauty. You can observe the new normal across the world. This is what made me think about identity in our contemporary world. I started to imagine some of the most idolized stars embracing cosmetic procedures and trends if they were still alive today. Celebrities of the past altering their iconic looks to fit in with today's more clone-like ideals."