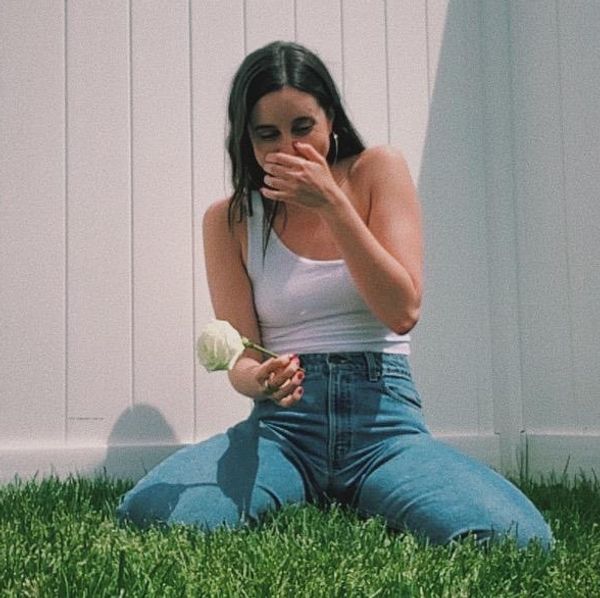 To Be or Not To Be (in a Relationship)

Have you guys read Hamlet? Cool. This is going to be nothing like that. Although, I think we can all agree that Shakespeare definitely would've also had a PAPER column if he lived long enough!

I've been so preoccupied hooking up with some of the worst people on earth for the past four years, I forgot that for most, the goal in dating is to actually enter a relationship. (I'm exaggerating — not everyone I've hooked up with is bad; there have been two good ones.) My original idea for this column was to explore my dating history and why I've chosen to be single for so long. I've been on plenty of podcasts — including PAPER's own, Internetty — where I've discussed this if you're interested. Instead, I decided to write more broadly about relationships and how I think about them.

All of this, universally, comes down to three things:

For me, the answer to these questions has largely been "NO" since I broke up with my last boyfriend in 2016 (with maybe a few blips where question one was "yes" and then I changed my mind).

Several people wrote to me describing their current relationship and asking if they should end it (I've answered one of them, below). My general thinking is: if you wrote into an advice column to ask a comedian if you should break up with someone, you probably should. Looking for someone to give you permission? I'm giving it to you right now! Move forward and prosper!

Related | A Lesson on Manners From Someone Without Any

There is never a good time to break up with someone, but there are certainly worse times than others. If you want to end it, don't wait until after you get a puppy together, for example. That's messy.

Relationships are complicated. Every single one is nuanced and different. They require effort, balance, communication and understanding. There are so many people I know who fall in the sweet spot of being in love with their significant other, growing and living happily together. It's beautiful and I wish them well!

However, choosing to be single is valid, healthy and okay. I feel like I'm finally in a place where I know who I am and I'm ready to make room for someone in my life. It took me years to get here and there is absolutely no rush for anyone. Until I find the right person, I'm growing and living happily with myself.

LET ME HELP YOU

I put out an open call on my Instagram for questions related to love, lust and dating during COVID-19. Each week throughout May's It's Nice to Laugh on PAPER, I will pick a few to answer to the best of my ability! My blanket advice to everyone is to find a therapist. That's a great place to start!

"I always thought 'bad timing' was BS, but I started dating this guy who just got out of a 5+ year relationship only 2 months prior and it was going really well. Of course, 2 months in he realizes he needs time before he can commit. Do you really think there's such a thing as 'bad timing' and how do you navigate it? Do you believe situations like this can work out eventually or is it best to just close the book on it forever?" – Clueless in California

I absolutely think there is such a thing as "bad timing." And it fucking sucks! Unfortunately, timing is a rather critical element in dating. You'd be wise to put a pause on things, so you can potentially revisit it when he's ready to commit. This is much easier said than done and if he's bringing you comfort in this moment, I'd struggle to tell you to cut things off. Comfort is hard to find these days.

It's a good sign that he's being upfront with you instead of leading you on and saying "maybe" he'll be ready soon while you continue to get invested. Be honest with yourself and be honest with him. If he's not meeting your needs in this moment, best to end it now and leave the door open for the future.

"So I know your topic of interest is in curing fuckboys and I don't want to position myself in contrast as 'the nice guy,' but I have been single now for years. And I date semi-regularly, but usually find everything starts pretty great and then ends after about a month when I hear that I'm too earnest. At this point I just don't know how to approach things in another way without also feeling like I'd be lying about who I am. Advice appreciated." – Nate

Nate! I am so glad you wrote in with this. I don't know the specifics of what you're doing to come off as "too earnest," but I do know that you'll meet someone who loves you because of how earnest you are. There are a lot of books written about how you can change who you are in order to attract the right person. That's not the ideology I subscribe to. Of course, in relationships your partner will challenge you to be better and you will evolve over time. I don't think you should change who you are on a fundamental level before the relationship even begins. This leads to a great deal of second guessing and overthinking.

Don't give up hope! Keep putting yourself out there until you find someone who values everything that you have to offer. It can be frustrating and sad at times. I think it'll be worth it.

"I've been in a relationship for 4 years. We JUST moved in together this past year trying to avoid the NYC curse. We used to have sex so often, but now not so much. He feels like a roommate and the romance has died. He's still so kind and sweet... sexy too, but not when he baby talks (it makes me cringe). He also puts in zero 'romantic' effort, even after multiple conversations. Now we have this BEAUTIFUL apartment together — dishwasher, LAUNDRY IN UNIT, sky light, two bedroom, in my budget — and he just locked down a 2-year lease with no rent increase. I DECORATED THE WHOLE PLACE MYSELF. The lease is under his name. How does one walk away? Or do I?" – Kitty Kat

Kitty Kat, I don't think you're going to like what I'm about to say. Did you notice any writing on the wall in that apartment? Because I can see it from here in Connecticut.

Based on what you've described, your relationship is in a slump. I have seen people push through the slump and come out on the other side stronger and better than ever. Is that the future you see? My ex-boyfriend and I had just moved into a new apartment he bought for us in Gramercy a month before I ended it. I struggled with the decision so much. Ultimately, a washer-dryer is not worth staying in a relationship without passion.

Moving out is a huge pain in the ass, but if real estate is the most attractive thing about the relationship, it might be time to move on. Inconveniences aside, you will be just fine!

"I've recently found myself in a poly relationship. I reconnected with this girl I used to date, only to find she's now poly and has a live in partner. I'm really into her and our relationship is great. I haven't decided if I want to be poly, but I'm mostly unbothered by it. The only issue is that since we don't live together, I'm not the primary partner. I don't have an issue with her being poly even if I end up deciding to remain mono, but eventually I will have a problem with not being the primary partner. I do feel she takes me seriously, and I don't think me being her primary is a stretch of the imagination, but I also fear I sound like a mistress. Am I just courting disaster? I'm a mostly cis man, btw." – Accidental Poly

Despite the three major players instead of two, this is actually very simple: can this woman give you what you want? It's wonderful that you are open to dating a polyamorous person even if you choose to be monogamous! This is different from Clueless in California, above, because they already know they want different things. I don't think you should preemptively end things because of how you might feel in the future. Being the non-PP might give you freedom and flexibility you enjoy — who knows?

If it gets to the point where you feel unhappy, you should express your concerns to her in a non-judgemental way and say you think you'd want to grow toward being her primary partner. You're not a homewrecker for wanting this. You're stating your needs. I think her answer will determine what you should do. If she says "No, I'm happy with my PP and there is absolutely no chance," you should walk away because you will not be satisfied. Perhaps she will have ideas about how to find a balance and make you feel 100% secure! You won't know until you ask.