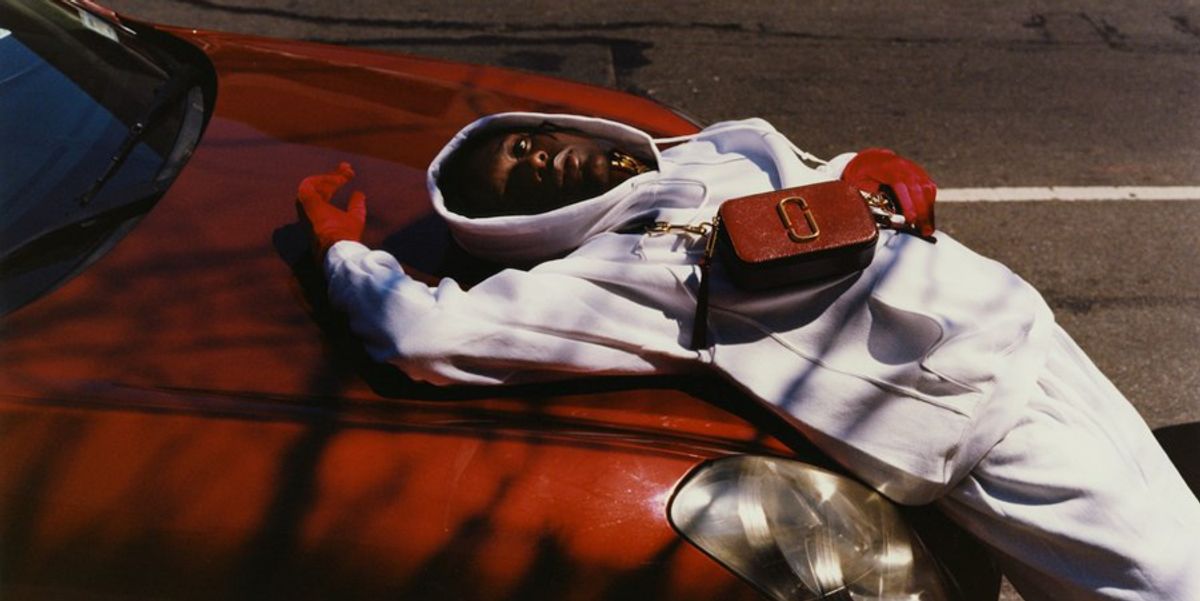 Marc Jacobs tapped New York-based photographer and filmmaker Tyler Mitchell to shoot his new AW17 collection, which was inspired by a documentary on 90s hip hop culture. A native New Yorker himself, Jacobs has often included references to his hometown in his designs, and the latest collection pays obvious homage to the way hip hop has increasingly influenced style and merged with high fashion over the past two decades.

Rap was born in the Bronx, and Mitchell took to the streets of Brooklyn where the art form flourished to shoot a collection of models, his friends and people cast on the street in Jacobs' collection of tracksuits, oversized gold jewelry, sheepskin coats and bucket hats.

"I saw the collection and immediately thought about boys in womenswear runway clothing," Mitchell told Dazed. "I thought about taking a brand like Marc Jacobs and setting a shoot up how Dipset might have in the 90s – a bunch of kids hanging around."

In addition to professional models, Mitchell and stylist Julia Baylis came across two boys playing basketball in Brooklyn and cast them on the spot. "I asked them if they could be in a shoot for Marc Jacobs and wear some coats. They were so shocked that I even wanted them to model. It was like they didn't know they were cool."

Perhaps taking a cue from the cultural appropriation criticism he's received over the years - especially with his use of white dreadlocked models last year - Jacobs and Mitchell made sure to represent a diverse cast of models. "I was – and always am – looking for a sense of boyish innocence," Mitchell told Dazed. "No matter if the people in my photos are men, women, trans, models, non-models, or anything else."

He added, "I would be lying if I said his statements and the mistake of the runway collection two seasons ago didn't initially worry me about a collaboration together. But I thought hard about things and the perspective I thought I could bring the to the image of Marc Jacobs."

Mitchell also commented on the new wave of merging high fashion with what was either stereotypically or derogatorily resigned to low fashion in the past. "Being from Atlanta, high fashion isn't something I would stereotypically be participating in," he said. "This is special. And I want this to be the start of further fashion collaborations."