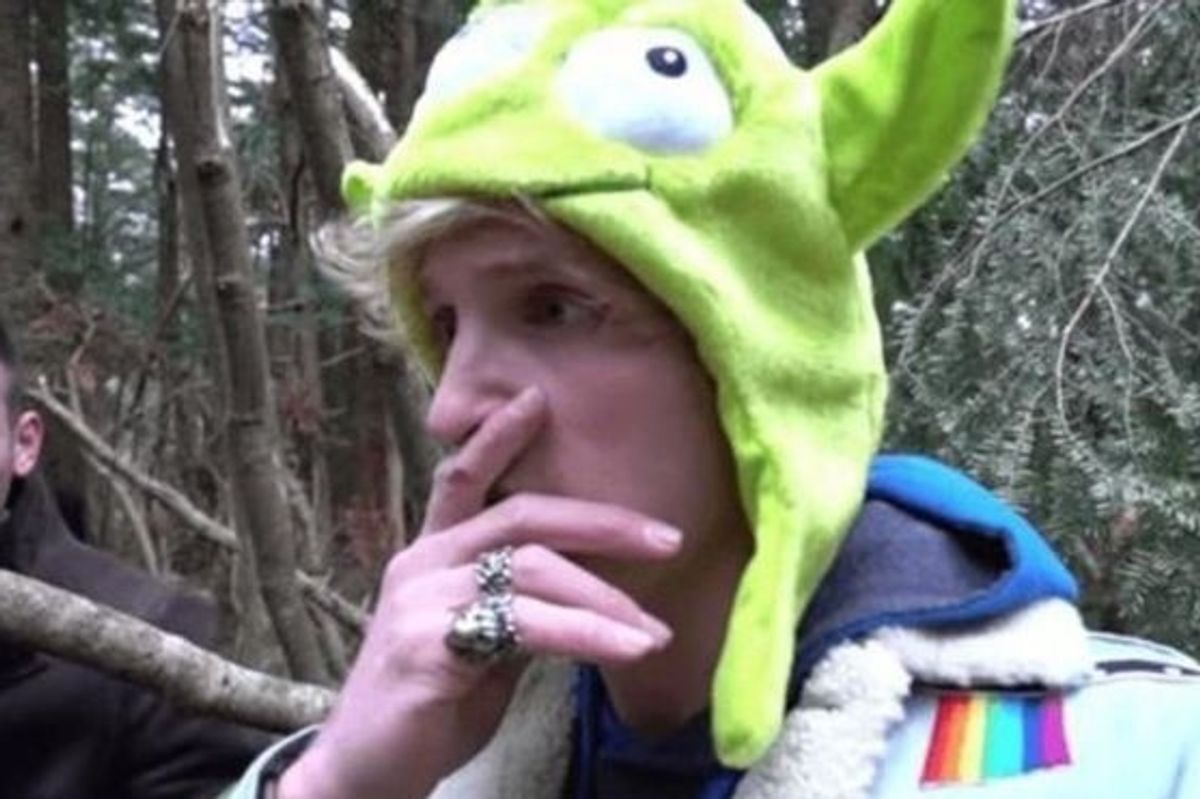 The new year seems to have already marked a transition for YouTube star Logan Paul, who has spectacularly fallen from grace after filming his visit to Japan's infamous Aokigahara forest with friends and making jokes as he came across a dead body.

The forest, dubbed "the perfect place to die," located at the bottom of Mount Fuji, is a well-known destination for those wishing to commit suicide. Paul and friends sought to investigate the "haunted" area on camera, before discovering a hanging body. A member of the group can be heard saying he "doesn't feel good," to which Paul responds laughing, "What, you never stand next to a dead guy?" Paul made the clip of the hanging body the thumbnail.

The 15-minute video has since been taken down from Paul's channel after incurring widespread backlash, but not before it garnered millions of views. Yesterday, Paul took to Twitter to offer a lackluster apology, that for the most part detailed his own success — Paul boasts a 15 million-strong fan base on YouTube. "I didn't do it few views. I get views," the blogger wrote, before detailing how hard he works and how it takes criticism of this magnitude for him to realize how massive his platform truly is.

Japan is known for having the high suicide rate and Aokigahara forest in particular's reputation as a destination for those wanting to take their own lives has attracted many documentarians. The Japanese government has positioned signs throughout the forest urging people to seek help.

Suicide is not, and never will be a joking matter — something that should have been obvious to Paul. Multiple celebrities have denounced the YouTuber online, including Sophie Turner and Aaron Paul.