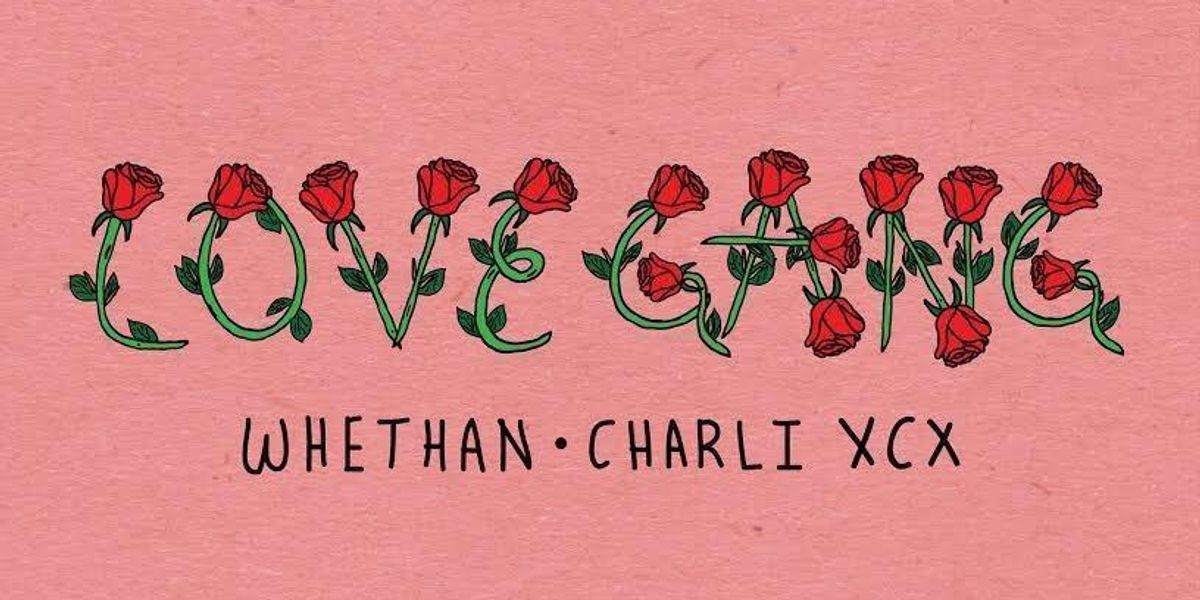 When it comes to how Charli XCX has spent the past few months, the word "busy" would be an understatement. Along with the release of her Number 1 Angel mixtape last month, the Cambridge native has also found herself headlining sold-out shows, hitting the studio with fellow beloved savior of all things pop Carly Rae Jepsen, and lending her bubblegum vocals to the songs of others, such as Mura Masa's summer banger "1 Night."

Never one to slow down, though, the singer has (unsurprisingly) popped up on our radars yet again—this time for being the guest vocalist on the newest single by Whethan, a Chicago-based producer who's been relatively quiet since the release of his sneak-attack hit "Savage" with Flux Pavilion and MAX at the tail-end of last year.

The new collab, called "Love Gang," is a sweet paean to the excitement of young love. Over a glitchy electronic guitar beat, Charli sings about catching shooting stars, flying rockets, keeping the dial at 100, shutting shit down, and—because it wouldn't a Charli XCX song without it—staying out to rage way past 3:00am.

Watch the fun lyric video for "Love Gang" below.