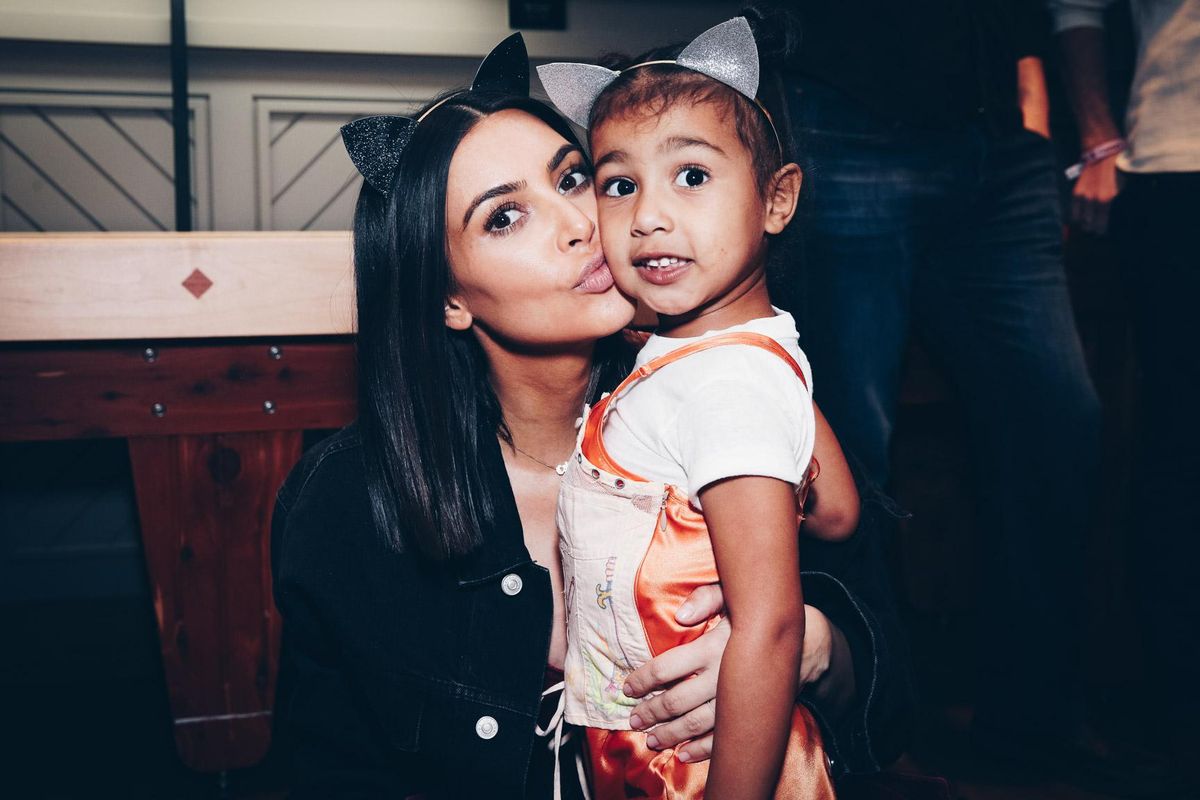 Kim Kardashian is responding to the people accusing her of lying about North West's impressive oil painting.

As you've probably heard by now, North went viral this week after Kim shared a photo of her masterpiece to Instagram. That said, most of the buzz came from a heated debate surrounding the painting's authenticity.

Because while some were convinced that North was channeling the late and great Bob Ross, a large number of commenters (and even some media outlets) expressed their skepticism over a 7-year-old already painting at such a high level, with several people even going so far as to accuse Kim of lying.

North been watching a lot of Bob Ross https://t.co/DKWraYPnXo

No fucking way a 7 year old painted that

so you telling me this the same little girl that did this? pic.twitter.com/uYrhLBrud7

You telling me that this is how North does make up but she painted that pic.twitter.com/rhPpNiDWN1

And though @camrynfred — who claimed to be the daughter of North's art teacher — made a TikTok defending North's talent, Kim has now also joined in on the discussion herself. And needless to say, she's not mincing any words.

On Tuesday afternoon, the star returned to her Instagram Story to hit back at critics of the painting, writing, "DON'T PLAY WITH ME WHEN IT COMES TO MY CHILDREN!!!"

"My daughter and her best friend have been taking a serious oil painting class where their talents and creativity are being encouraged and nurtured," Kim said before explaining that the painting took several weeks to complete.

"As a proud mom, I wanted to share her work with everyone," she continued. "I'm seeing op-ed pieces in the media and social media from grown adults breaking down whether or not my child actually painted this."

Kim added, "How dare you see children doing awesome things and then try to accuse them of NOT being awesome!?!?! NORTH WEST PAINTED THAT PERDIOTDDDABCDEFGZFDT!!!!"

Not only that, but she also went on to share artwork made by Kanye West as a child and a similar painting created by North's friend, Ryan — who is apparently in the same class — before concluding, "Shout out to all the proud moms out there who love to show their baby's masterpieces."

See screenshots of some of Kim's posts, below.

Kim Kardashian responds to articles and viral tweets doubting North West painted the artwork she shared to her stories:

"DON'T PLAY WITH ME WHEN IT COMES TO MY CHILDREN!!!" pic.twitter.com/ewr2xW69cQ