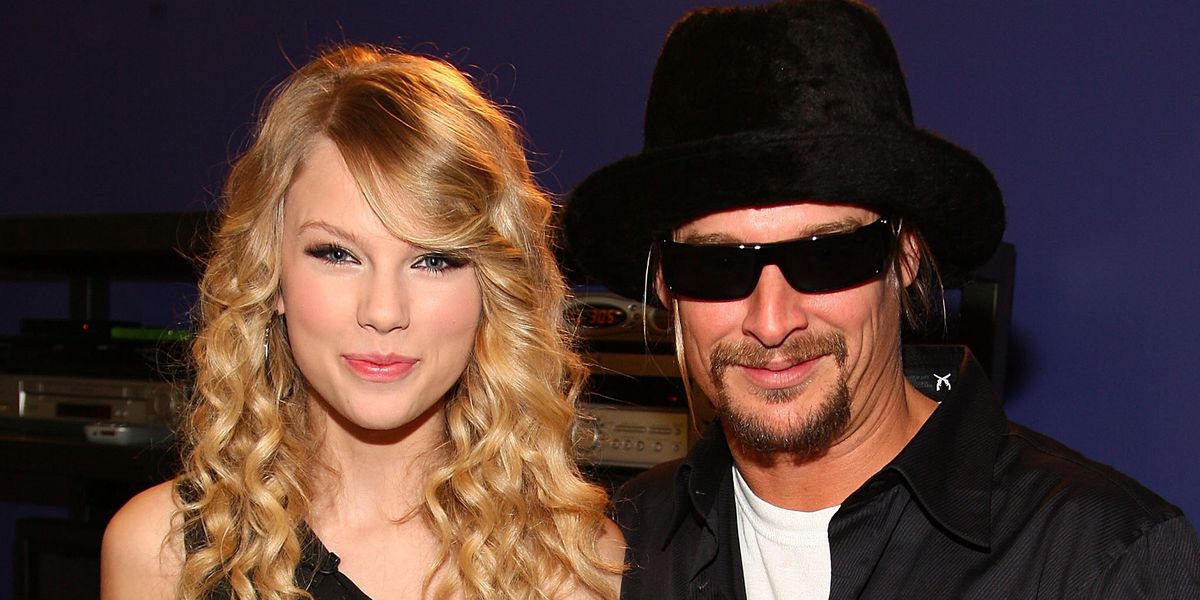 In Taylor Swift's recent September Vogue cover story, she discussed her realization she needed to be more explicit about her political beliefs after staying silent during the 2016 election.

The story — as well as Swift's recent attempt to be clearer about her support for marginalized people, wannabe-queer anthem "You Need To Calm Down" — has ignited a valuable conversation online about what meaningful political engagement from powerful celebrities looks like.

For some unknown reason, the moustachioed country-rap-metal singer known as Kid Rock decided to weigh in on Taylor's politics. He presented the crack theory that Taylor's political allegiance is in bad faith, and rather, she's only aligned herself with Democrats in order to land Hollywood roles, like her upcoming one in the live action remake of CATS. As a cherry on top, he slut-shamed and attributed her success to doing sexual favors for industry higher-ups.

Kid Rock is probably just grumpy, because he's one of the only vocally conservative artists in the music industry — a category dwindling even in his native country music world — so he feels betrayed by former fellow Nashville favorite Taylor, who he once co-starred in a CMT Music Awards sketch with, along none other than... not-yet-president Donald Trump.

Kid Rock is an increasingly rare bastion of conservative pride in music, but he has positioned himself as music's #MAGA mouthpiece. Back in the '00s he was notorious for flying confederate flags at his shows, until backlash forced him to disown the practice around 2006. Since then, he campaigned and presumably voted for Donald Trump, and later visited the Oval Office along with fellow MAGA musician Ted Nugent. He also ran a fake senate campaign in 2018 against Democratic Michigan senator Debbie Stabenow, garnering actual endorsements Republicans.

Given this self-appointed role, maybe he felt the need to stand up for the Republican voice in rock after Mötley Crüe drummer Tommy Lee posted this gorgeous piece of anti-MAGA poetry on Twitter.

Whatever his rationale, Kid Rock's currently getting dragged all around Twitter for his sexist comments, the hypocrisy of the rapper criticizing other artists for manipulating their image for clout, and for signing "—Kid Rock" on a tweet.

Never forget that Kid Rock is a rich guy named Bob in redneck drag whose mediocrity is only surpassed by his cheesiness.
— Elizabeth Spiers (@Elizabeth Spiers)1565378295.0