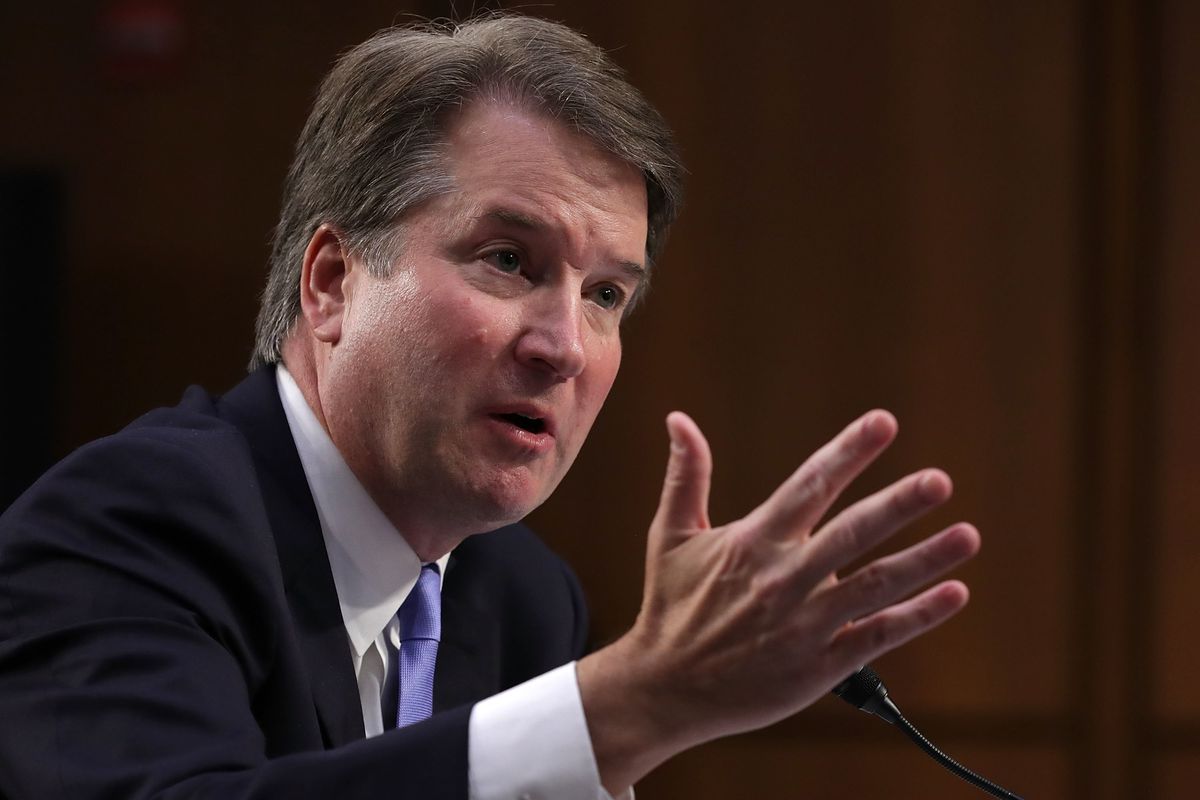 For the folks out there worried about all the mythological men whose lives are being derailed by sexual misconduct allegations, they might want to save your sympathy for Christine Blasey Ford, who has accused Supreme Court nominee Brett Kavanaugh of attempting to rape her at a high school party when they were classmates in the early 1980s.

Since her name became public this Sunday, the California psychologist has received "vicious harassment," death threats, had her email hacked and been impersonated online—not to mention had a fratty brain-trust of Republicans attack her story with convincing arguments like "it is very hard for me to imagine anything happened" (Trump), that "I think she's mistaken… she must be "mixed up" (Senator Orrin Hatch, R-Utah), and that Kavanaugh has known some women whom he has not tried to rape, and therefore, Ford must be lying.

The threats have forced Ford and her family to move from their home and hire private security, her attorneys Debra Katz and Lisa Banks said in a letter to the Senate Judiciary Committee Chairman Chuck Grassley (R-Iowa) on Tuesday.

In response, supporters have started a GoFundMe to help Ford and her family with expenses. So far the campaign, started by Heidi Feldman, a law professor at Georgetown University, has raised over $93,000.

Feldman stated that she started the campaign in order to help make it "just a bit safer for [Ford] to participate in thorough vetting of a Supreme Court nominee."

Let’s do something concrete for Dr. Ford. Reportedly she is arranging for private security and has had to move out… https://t.co/q7WN3jxhNQ
— Heidi Li Feldman (@Heidi Li Feldman)1537311578.0

"In the 36 hours since her name became public, Dr. Ford has received a stunning amount of support from her community and from fellow citizens across our country," reads the attorneys' letter. "At the same time, however, her worst fears have materialized."

Ford has agreed to testify, however in their letter to Grassley, her attorneys explained that she is requesting an FBI investigation first, to "ensure that the crucial facts and witnesses in this matter are assessed in a non-partisan manner, and that the committee is fully informed before conducting any hearing or making any decisions."

They also wrote: "While Dr. Ford's life was being turned upside down, you and your staff scheduled a public hearing for her to testify at the same table as Judge Kavanaugh in front of two dozen U.S. Senators on national television to relive this traumatic and harrowing incident. The hearing was scheduled for six short days from today and would include interrogation by Senators who appear to have made up their minds that she is 'mistaken' and 'mixed up.' While no sexual assault survivor should be subjected to such an ordeal, Dr. Ford wants to cooperate with the Committee and with law enforcement officials."

Senator Grassley responded in a statement, arguing the investigation is unnecessary: "We've offered Dr. Ford the opportunity to share her story with the committee, as her attorney said yesterday she was willing to do. We offered her a public or a private hearing as well as staff-led interviews, whichever makes her most comfortable. Nothing the FBI or any other investigator does would have any bearing on what Dr. Ford tells the committee, so there is no reason for any further delay."

The other man who Ford said participated in the attempted assault, Kavanaugh's high school classmate Mark Judge, has denied the incident and said he will not testify.

A public hearing to address the allegations has been set for Monday, September 24. While Kavanaugh and Ford have both said they will testify, Ford has not yet responded to the Senate's request.