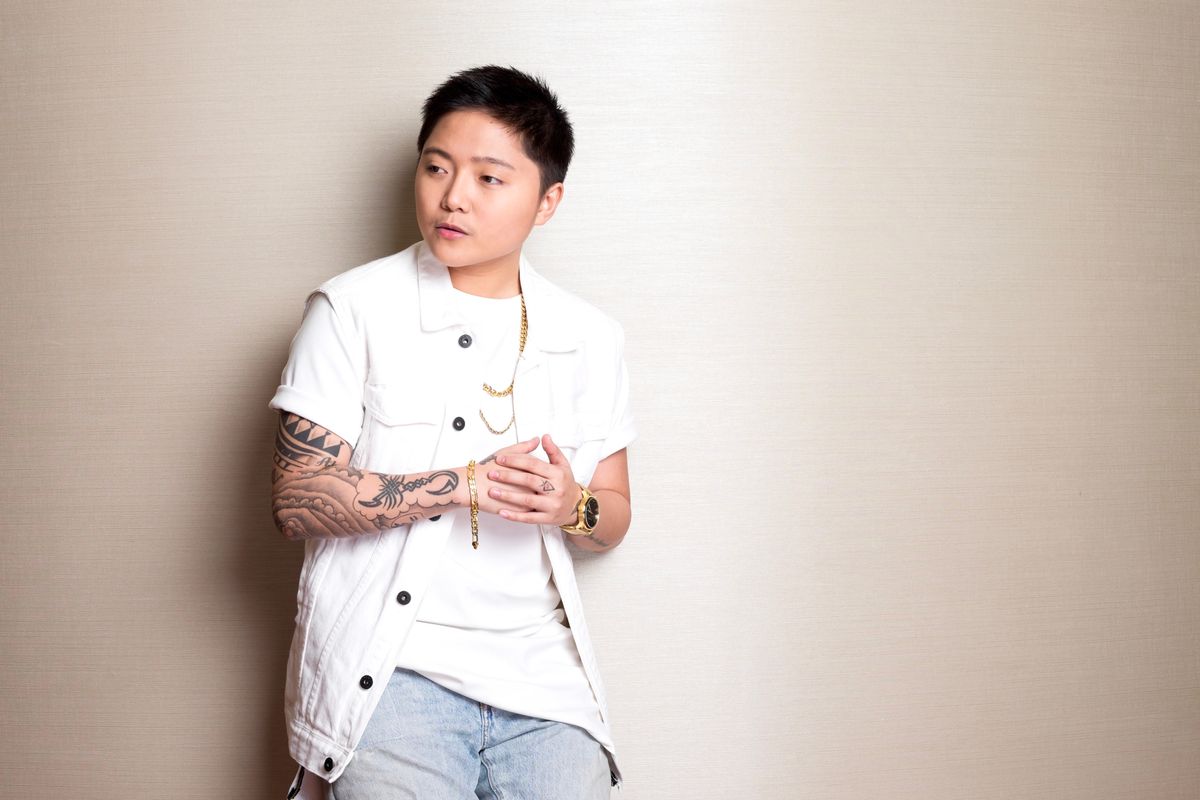 Jake Zyrus Is Living His True Self

Over four years ago, the singer formerly known as Charice Pempengco, dubbed "the Most Talented Singer in the World" by the one-and-only Oprah Winfrey, bravely came out as a lesbian. His personal style changed in a flash, as long brunette locks got chopped into a side-swept blonde 'do a la Miley, and the elegant gowns and dainty blouses were ditched in favor of more laid-back fare: muscle tanks, denim jackets, and the like. But the path to discovering and living as his true self was still not complete, as we would come to find during an interview with Winfrey herself in 2014, where he said four very brave words: "My soul is male."

The singer and Glee actor first stated in the interview that he had no interest in changing his body to reflect his gender identity. But in the past three years, something switched, and now he's on his way to living his true self—as Jake Zyrus. He created a social media firestorm only a couple weeks ago when he revealed his true identity as a transgender man named Jake Zyrus via social media, being met with sly criticism, earnest support, and inevitable jokes.

Now, Zyrus is slowly but surely opening up to the world as he navigates a foggy journey while reconciling the future with his accomplished past. As he continues to record new music, the musician is taking on a new mission: to shed light on being a transgender man in the public eye and give the public a peek into his ongoing process of transitioning. This week, the musician answered some questions for PAPER, opening up about the public reaction to his coming out and where his head is at right now.

How does it feel to finally go public as Jake Zyrus?

There was a lot of mixed emotions. I know that not everyone will agree with me but in a way, I feel complete. I feel free.

What was the inspiration for your name? What meaning does it have for you?

Choosing my name was very simple, like it was really meant to be. I find that Zyrus really suits my character and I wanted it to be my screen name. Then one time when I was looking at the mirror thinking about names, I uttered "Jake" and I just felt good about it, so I decided to use Jake Zyrus.

When did you first know that your soul was male?

I knew since I was a kid that this person lives in me. When I came out as a lesbian 4 years ago, I knew I was a man, [but it was at a] time when generally, people in my country only understand lesbian and gay. I was afraid to tell the world until today that people are more open-minded and gender labels are often discuss.

How was your process of transitioning? Is there anything that inspires your day-to-day look?

Currently this is my 2nd month on testosterone. I've already grown a bit of facial hair and my voice is getting deeper. For my style, I was inspired by random people who told me that I was an inspiration to them, especially transgender people who I've searched online for and their courage that made them who they are today.

How have your family and friends reacted to your transition? Are you surprised by the public support?

My mom said she will always be there to support me no matter what. My friends are all supportive, excited and always with me in this journey. I was surprised by the public support, it only shows that people have become more open-minded and aware about the situation.

How do you feel looking back at your past looks and music? Do you have any regrets?

No regrets at all! I am always thankful for the life of Charice that I experienced and the music that I shared, but that obviously belongs to her, it's not for me. I'm letting her go and be free.

Will you still work in music? If so, will your music change or be inspired by your transition in any way?

Music is my life. I don't want to box myself, I just let it move freely. As an artist I listen to different genres and keep on exploring. Like before, I'm still singing different songs, just going with the flow and still willing to learn more.

How did you react to that article in Esquire PH that poked at your name? (Note: the article in question has since been taken down, and Esquire PH has apologized.)

Actually I just ignored it, I was expecting both positive and negative comments when I came out. I am lucky that some people spoke out for me and I wanna thank them.

What can we expect next from you?

To witness my journey of transitioning in terms of how I sound and physically, and to share more of my music. That is my real purpose.