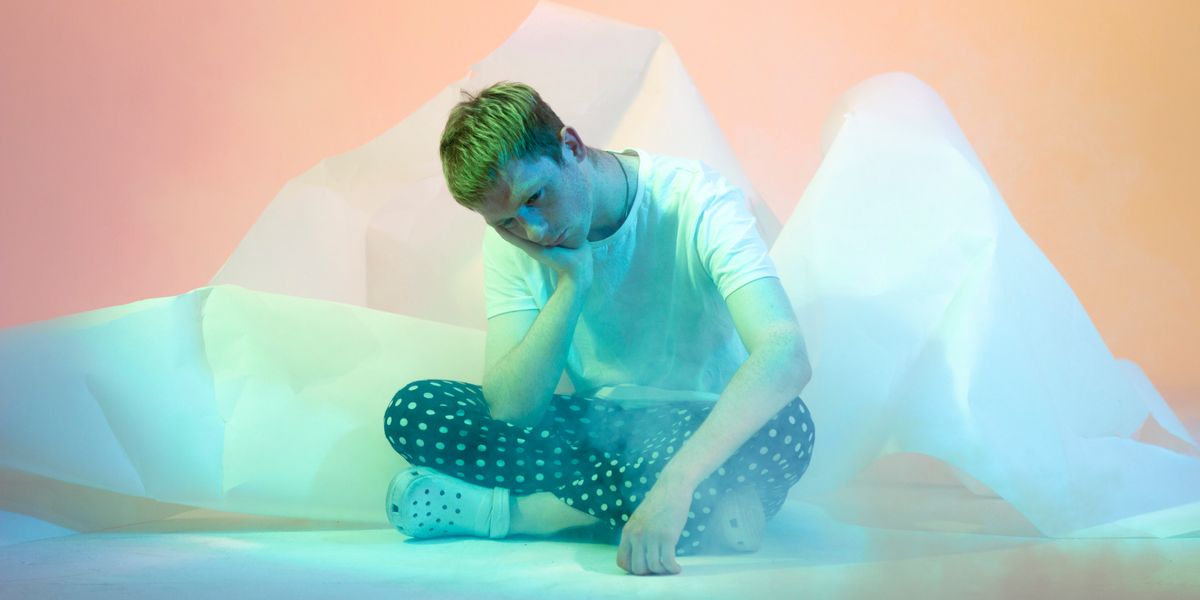 Many musicians' work is referred to as "genre-defying," but UK-producer, Iglooghost, is the only one that actually deserves it.

Trying to describe an Iglooghost track is like trying to explain a brand new color no one has ever seen in a made up language that no one has ever heard. A sonic sugar rush, Iglooghost was quickly signed to Flying Lotus's label Brainfeeder for his debut album Neo Wax Bloom, released last year, and is following it up with the release of two EPs Clear Taimei and Steel Mogu.

In addition to crafting rich and complex aural landscapes, Iglooghost also has a very deep and intricate lore that accompanies his music. He has created an entire alphabet for this world and released a comic book alongside Neo Wax Bloom that told the story of wiggly worms, floating eyes, witches, and 'iglooghosts' inhabiting an ancient world of his own making. The narrative continues with his latest release with the title character, the god-in-training Taimei, facing "a hyperspeed, cross-temporal battle with a fleet of mysterious, round beings" taking place 3,000 years prior to Neo Wax Bloom.

In "Mei Mode," Iglooghost pulls no punches. The track chops up grinding dubstep wobbles with rubbery squeaks and pairs it with the aria an intergalactic opera singer. "Mei Mode is a really loud song about fast matte-black bikes that little goon beings are riding. They are trying to shoot pinging red beams at 3 little monks," Iglooghost describes setting the scene for an inter-dimensional battle. He also offers some advice, "when you listen to it, move your head really fast up and down and swing your arms everywhere. It makes it sound really cool."

Listen to the premiere of "Mei Mode" below ahead of Clear Taimei and Steel Mogu's release on August 8th: