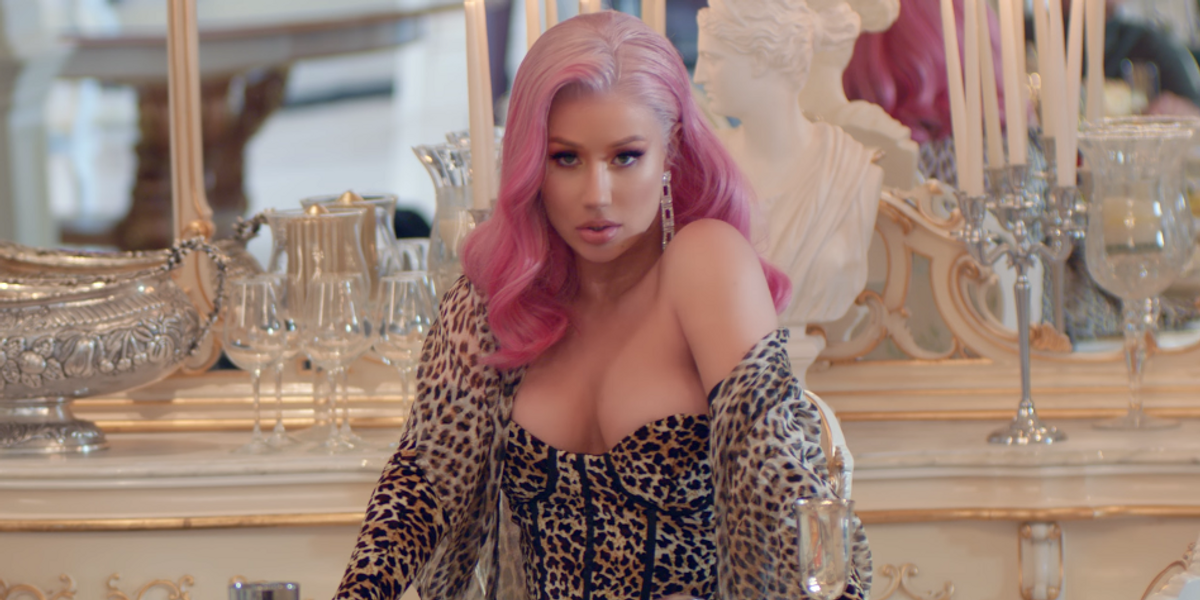 Why Is No One Defending Iggy Azalea Over Her Nudes Leak?

Update 5/29/19: In a statement provided by GQ Australia, editor Michael Christensen said, "We were very disappointed to learn that outtakes from a 2016 photo shoot which were not approved or intended for publication appear to have been stolen from the photographer. We understand an investigation is underway and join the condemnation of the publication of these images."

Over the weekend, nude photos of Iggy Azalea were leaked online — an incident that caused her to deactivate her social media accounts due to feeling "surprised and angry" at the situation, not to mention disappointed in the way people have reacted.

"Today I'm a ball of negative emotions. I feel blindsided, embarrassed, violated, angry, sad and a million other things. Not solely because I did not consent to this — but also because of the vile way people have reacted," Azalea wrote in a since-deleted note explaining that the photos were outtakes from a 2016 GQ photo shoot. "A lot of the comments I see from men in particular taking things even further and sharing their thoughts and fantasies in regards to my body has honestly disturbed me."

Iggy Azalea has deactivated all social media accounts after the abhorrent amount of sexual jokes made after a nude… https://t.co/8IyJAw1Zjg
— Pop Crave (@Pop Crave)1558975073.0

Azalea then went on to say, "The outright wicked things people say is overwhelming & makes me feel like throwing up," before adding she would be pressing charges. "If you've ever been humiliated before in front of family & those you care about maybe you can relate to what I'm going through," she said.

That said, a tidal wave of disgusting, dehumanizing comments about her body — that, unsurprisingly, center on lewd reaction GIFs and crude boner jokes — has become the primary talking point within searches for her name. Despite this act being a clear instance of sexual violence, it's unfortunate how the initial, viral reaction to the leak was further objectification. The complete blind eye turned toward what happened is also disappointing, especially given the fact that this was an invasive, deeply-upsetting incident for Azalea. But it's something that begs the question, would this also be the overwhelming response if it was anyone else? Perhaps someone less problematic that people would be more comfortable defending?

It's strange how — in 2019 — we're still alright with being complicit in the humiliation of a woman who's had nude photos of herself leaked, especially if she's a celebrity deemed worthy of snide comments and outright vitriol. Azalea's case highlights the fact that there is, indeed, still a binary at work when it comes to who will go to bat for a woman who has a contentious artistic trajectory that has rubbed many the wrong way (admittedly, myself included). After all, compare the buzz surrounding Azalea's situation with the immediate, resounding support that The Fappening brought about for (less-polarizing) stars such as Jennifer Lawrence and Emma Watson. The silence is deafening.

However, the insinuation that the only women worth defending and mobilizing for are "well-respected" public figures is a dark slippery slope. If we begin to qualify our defenses, what does that say about us? That we're selective with our ethics and morals — and it shouldn't take me to tell you that this is a tremendous issue.

We don't get to pick and choose when things bother us, especially when it's as blatant of a violation as this. After all, this kind of thing is something that could happen to any one of us, and to brush Azalea's situation under the rug — merely because she's an unsympathetic personality — is fucked up, to say the least. Again, what happened to her is sexual violence, plain and simple, so to hide behind excuses and apathy is likely the worst thing you could possibly do.

We don't get to pick and choose when things bother us, especially when it's as blatant of a violation as this.

So just as how you'd come out to defend and support a woman who you like, come out and respond to the disgusting, sexually-charged dehumanization happening to Azalea right now. In this particular context, she's not a sex object or a contentious artist, she's a real woman who's been hurt, embarrassed, and violated in a way and on a scale that many of us can't even fathom. So, redirect your indifference and go report those disgusting tweets about those "sensational" nudes.