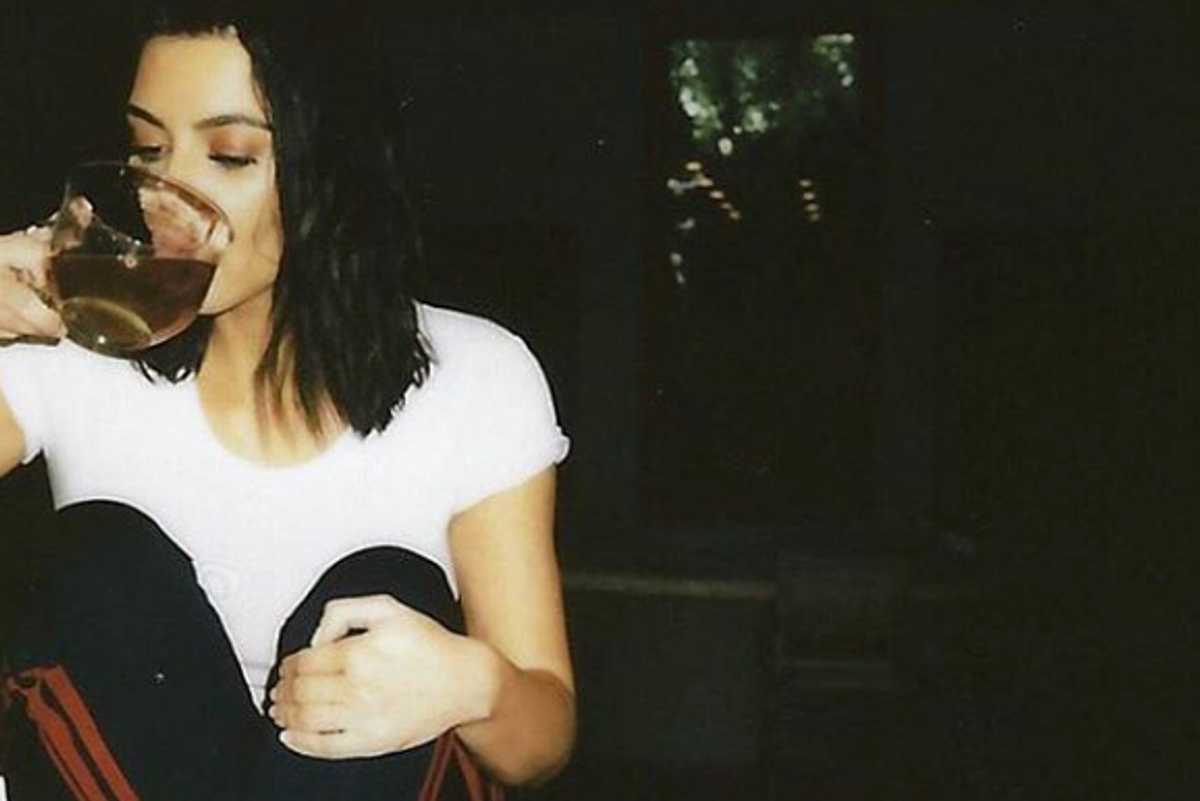 How Uncomfortable Should We Be with Kim Kardashian Calling Another Woman a Whore?

In last night's heavily-hyped episode of KUWTK Kim Kardashian takes Scott with her to Dubai, who as a single man, proceeds to woo and bed a girl abroad. While yes, this could be considered disrespectful of him as he's traveling with the sister of the mother of his children, what seems off-base is that Kim does not come for Scott when she discovers he has brought a girl home, but for the girl herself.

Upon discovering the house guest, Kim proceeds to call her a "whore", "tramp" and "groupie" labels that Kim herself has fought against her entire career – a career that was launched with a sex tape. Since then, Kim has become a strong advocate for women to embrace and take control of their sexuality, appearing naked on this magazine's cover and sharing nude selfies with other women who support the cause, always to a fair amount of backlash.

While sure, Kim's outburst makes for great television, what it doesn't do is send a great message and Kim's hypocrisy was not lost on Twitter.

Considering Scott didn't seem to receive even half as much heat for bringing someone home, Kim's response was all-around very confusing. She is yet to address it, other than to loosely commend herself for "having [Kourtney's] back."

Not only is it very uncomfortable to hear anyone speak to a woman like that, but Kim's actions feel disturbingly regressive. Women who choose to engage in intercourse with a single man, regardless of the reason she's attracted to him, does not make her a "whore" and as a defender of women's sexual freedom, Kim should know that.