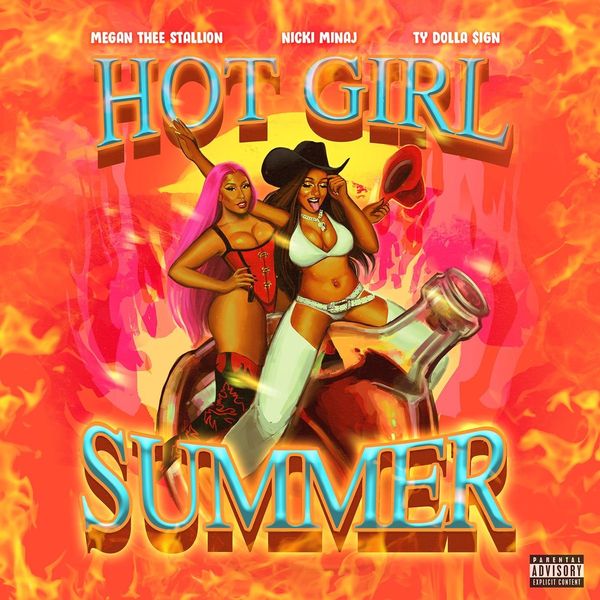 The Official Song of 'Hot Girl Summer' Is Finally Here

It seems as if Megan Thee Stallion is breaking the internet every other day now, and it feels oh-so-right. Yesterday she graced a HOT Digital Cover for PAPER, cosplaying and serving hot girl looks left and right. Today she's making headlines for her new single that's been a long time coming. Despite having her track, "Cash Shit," named the song of the summer, "Hot Girl Summer" is the Nicki Minaj and Ty Dolla $ign-featuring summer banger we needed. The song also samples the City Girls' "Act Up," despite the divide between those having a City Girl Summer and those having a Hot Girl one. That's what we call unity!

It's a female MC showdown, and in the best way possible. All of the force behind Megan's rise to stardom, the energy backing Nicki's post-Queen comeback, and the abandon with which the City Girls' JT raps, "Real ass bitch," contribute to making "Hot Girl Summer" a turn-up anthem. Cue the music, pour the shots, and get me the same group of bitches to throw it back with — because you know there's no adding to the picture in August!

The song itself is relatively lowkey production-wise, but the song overall is a steady bang to kick off a party, rather than entertain at a Project X-level. It's full of turntable scratches and samples, with Ty Dolla $ign tackling the smooth chorus and allowing Nicki and Megan to shine on their verses.

It's also worth noting that Nicki's bars have been hitting just a little bit different ever since she released "Megatron," which also happened to make PAPER's Top 19 Songs of Summer 2019 list alongside Megan. Her verse on "Hot Girl Summer" is as playful as her Pink Friday-era rhymes, with ad-libs and quirks galore. Hearing her growl her R's in the final line of her verse is one of the more entertaining parts of the song as a whole, a callback to a time pre-studio album Nicki, when her kitty cat references and coyness appeared on mixtape tracks more consistently.

Listen to the full song below, and try to contain yourself at your desk at least until happy hour. Then, all bets are off; it's real hot girl shit time!