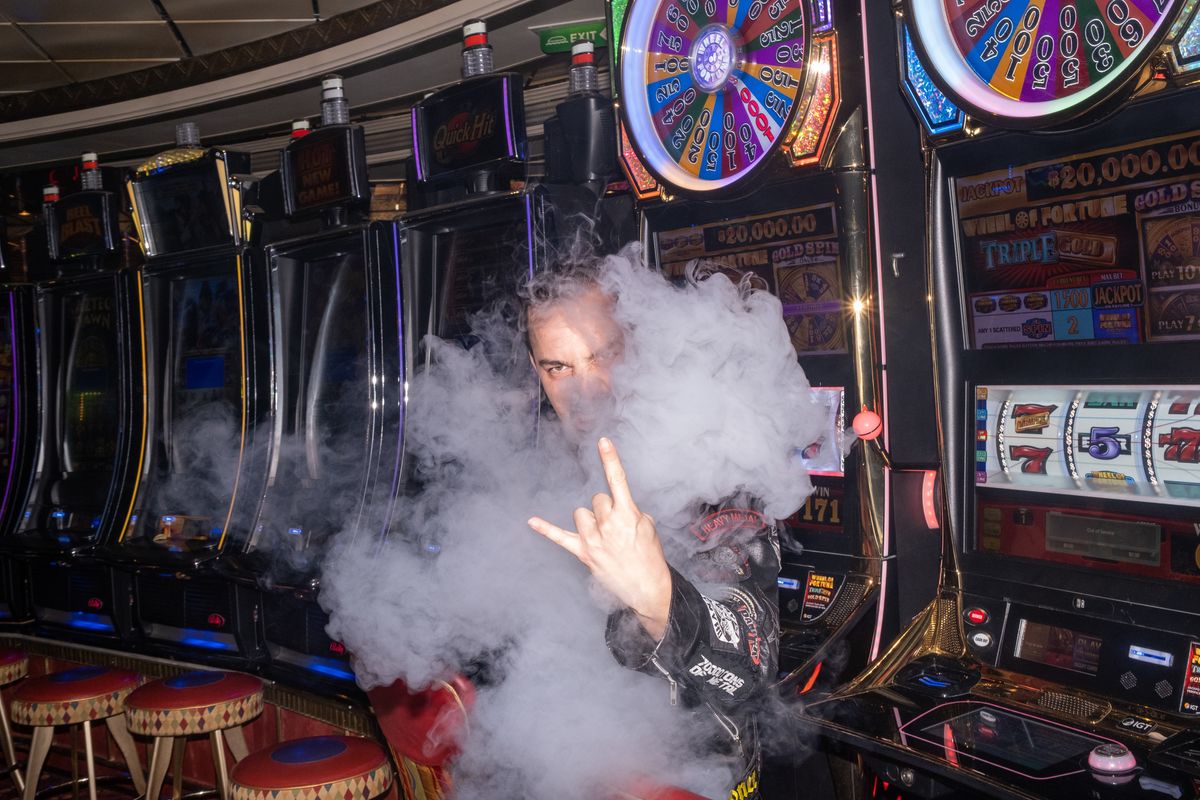 Every winter, a storm rolls into Fort Lauderdale. Three thousand Metal Heads from more than 70 different countries arrive for what has become the largest Heavy Metal Cruise in the world: 70,000 Tons of Metal.

The cruise takes place upon The Independence of The Seas, a ship operated by Royal Caribbean, which is generally home to those more familiar with the rules of shuffleboard than the music of Aborted, a Belgian death metal band. The stages accustomed to those with Broadway aspirations and family-friendly comedians were converted into onboard metal venues, becoming home to more than 60 metal bands over the course of four days at sea.

Related | Inside the Convention for Hardcore Cat Lovers

Thousands of metalheads confined in a giant container with unlimited beer floating through the Caribbean sounds like a recipe for disaster, right? To fully gauge what life was like on the boat, you must first understand one core element of metal music: the moshpit. Generally the energy epicenter of any metal show, a mosh pit from the outside seems like a sweaty, chaotic and dangerous place to be. There's people running in a circle — slamming into each other and swinging their arms — to let out aggression alongside loud music. Sure, that seems scary, but a closer look reveals a more honest picture.

Most people involved are having an exceptionally good time; they're smiling, hugging, singing, growling and screaming along to their favorite band's songs. Some large burly men could squash you in a second if they wanted to, but the pit is above all for everyone, regardless of gender, size and age. If one person falls, they're picked up and dusted off almost as quickly as they dropped. They're a chosen family in the truest sense, where no one gets left behind and everyone knows that someone has their back.

The cruise ship was metaphorically, and sometimes literally, a giant four-day mosh pit. In a world where metal music is nowhere near the mainstream, this boat brought people together to celebrate the genre they love most. There were friends giddily embracing on what was their 10th time on the boat, first timers having a beer with the bassist of San Diego metal band Cattle Decapitation, and married couples drinking piña coladas by the pool deck while dancing to Norway's folk metal group Trollfest. If you loved metal music, this was your place.

Related | Inside the Show Where Dog Lovers Reach New Extremes

Even cruise workers were elated with the metalhead community; every year, almost all Royal Caribbean staff members allegedly ask to work the cruise, saying that people they meet are considerably nicer and cause way less drama than other cruise experiences. 70,000 Tons of Metal isn't your standard cruise and it doesn't want to be; it's a cruise with 3,000 of your favorite cousins all raging out to your favorite music for four days — the ultimate family vacation.