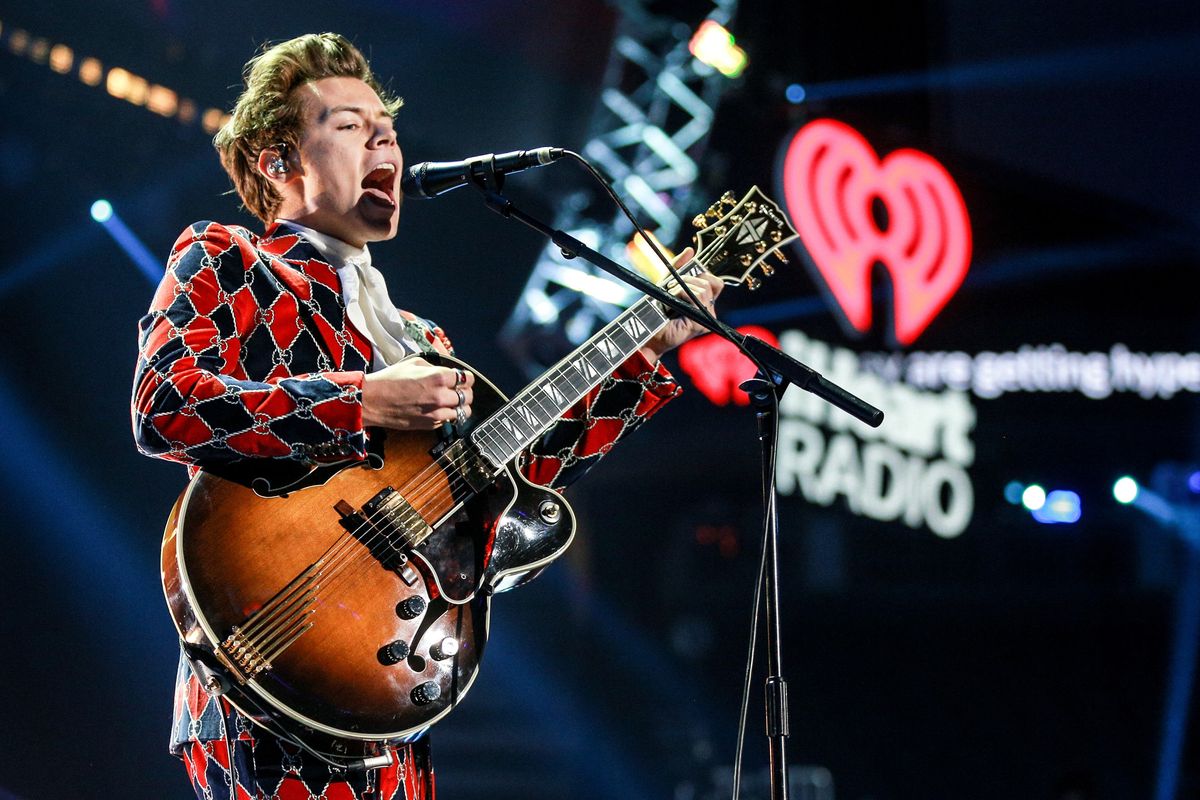 Fashion FanFic: Harry Styles Should Wear These Looks to the Met Gala

Harry Styles has been inactive on Instagram since July 2018, with his last post featuring him smooching a camera, his face overshadowed by hulking hot pink sunglasses. The singer and actor hasn't been up to much in the public eye for quite some time, although he was spotted busy stanning BLACKPINK at a Los Angeles concert back in mid-April. Styles stans are eager for something, anything, to revive them from their Harry Hibernation and Monday, May 6, 2019 might just be the day when their suffering ends once and for all.

Styles is slated to co-host the 2019 Met Gala this next week and fans couldn't be more excited to see him re-enter the public consciousness — and rightfully so. The singer's debut solo album, Harry Styles, was a smash hit. Songs like "Sign of the Times" and "Kiwi" have stood the test of time since the record's 2017 release, leaving fans bopping along again and again. Despite making such an influential record, every Harry girl knows that nothing will ever be enough.

Related | Fashion FanFic: BTS Should Wear These Looks to the Met Gala

Speculation is abundant surrounding what Styles will show up wearing to the even in order to fit this year's highly publicized theme, "Camp." PAPER put together a list of our favorite fall 2019 menswear looks that we hope Styles will stunt in at this year's gala.

Ruffles. We need ruffles, Harry. This full Palomo Spain look would be a shocker on the red carpet, especially because of the clever color combination hiding beneath the otherwise unassuming coat. Fans will certainly want to see Styles try something new, and the flamboyant cut of the outfit is like nothing he's worn before.