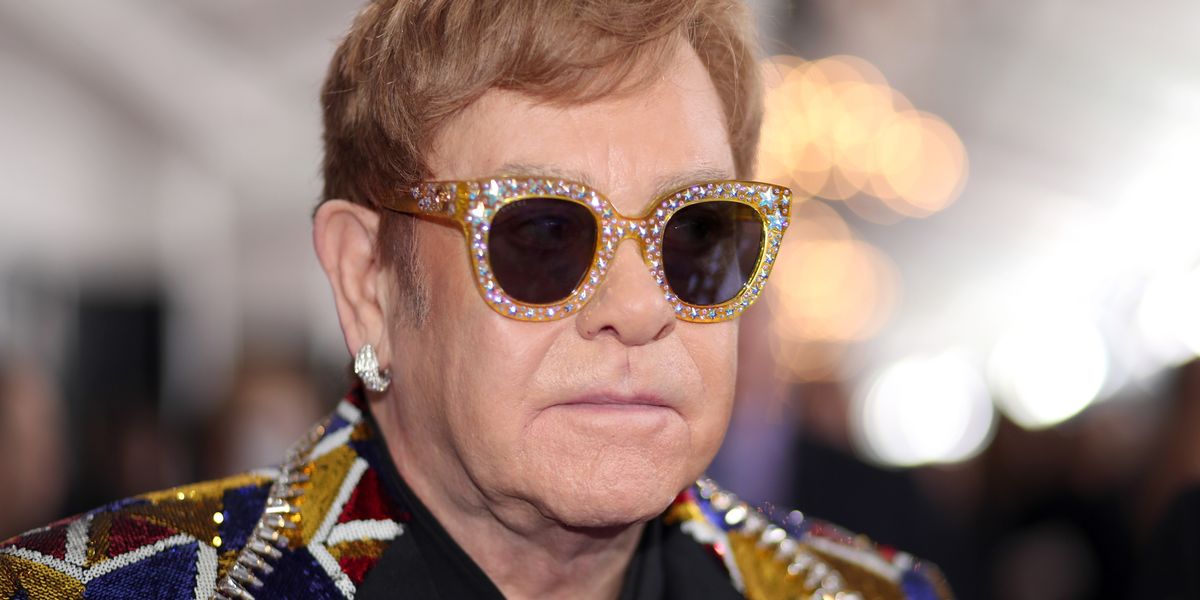 Elton John has joined George Clooney in boycotting a list of nine exclusive, luxury hotels in cities across the U.S. and Europe that are owned by Hassanal Bolkiah, the Sultan of Brunei.

John's decision to boycott the hotels comes a few days after Clooney authored a guest column for Deadline, condemning a violent anti-gay legislation that recently passed in Brunei that introduced death by stoning and whippings as a legal punishment for gay sex and adultery. As of April 3, citizens of the southeast Asian country will be under the rule of a comprehensively brutal new penal code, that also includes the amputation of a hand or foot for theft via CNN.

"This April 3rd will hold its own place in history. On this particular April 3rd the nation of Brunei will begin stoning and whipping to death any of its citizens that are proved to be gay. Let that sink in. In the onslaught of news where we see the world backsliding into authoritarianism this stands alone" wrote Clooney in his op-ed.

He continued: "The people who work there are kind and helpful and have no part in the ownership of these properties. But let's be clear, every single time we stay at or take meetings at or dine at any of these nine hotels we are putting money directly into the pockets of men who choose to stone and whip to death their own citizens for being gay or accused of adultery... are we really going to help pay for these human rights violations? Are we really going to help fund the murder of innocent citizens?"

John commended Clooney's letter, sharing his own sentiments on the brutal law: "I believe that love is love and being able to love as we choose is a basic human right. Wherever we go, my husband David and I deserve to be treated with dignity and respect - as do each and every one of the millions of LGBTQ+ people around the world."

He continued: "We must send a message, however we can, that such treatment is unacceptable. That's why David and I have long refused to stay at these hotels and will continue to do so."

I commend my friend, #GeorgeClooney, for taking a stand against the anti-gay discrimination and bigotry taking plac… https://t.co/1qc96NuvMJ
— Elton John (@Elton John)1553973140.0

Our hearts go out to the good, hardworking employees of properties owned by the Sultan of Brunei, many of whom we know to be gay.
— Elton John (@Elton John)1553973140.0

We must send a message, however we can, that such treatment is unacceptable. That’s why David and I have long refus… https://t.co/GpxGUngaZA
— Elton John (@Elton John)1553973141.0

The draconian new penal code is a directive of Bolkiah, who has been in power in the monarchy since 1967. Homosexuality has been illegal in the nation since it was a British colony (it achieved independence in 1984). However, over his years in power, Bolkiah has implemented an increasingly strict interpretation of Sharia law over the two thirds Muslim population. He described the new penal code as "a great achievement" for Brunei, via The Guardian.

Bolkiah has become one of the wealthiest world leaders over his time in office, according to The Guardian, with a personal net worth of $20 billion, which he accumulated through the Brunei Investment Agency, according to Bloomberg, a government-owned fund that invests on behalf of Brunei, and owns the list of elite hotels being boycotted.

The hotels owned by the sultan include The Dorchester and 45 Park Lane in London; Coworth Park in Ascot, England; Beverly Hills Hotel and Hotel Bel-Air in Los Angeles; Le Meurice and Hotel Plaza Athenee in Paris; Hotel Eden in Rome; and Hotel Principe di Savoia in Milan — many of which are exactly the kinds of places that celebrities are likely to stay when they travel.

Clooney admitted in his op-ed: "They own nine of the most exclusive hotels in the world. Full disclosure: I've stayed at many of them, a couple of them recently, because I hadn't done my homework and didn't know who owned them."

Bolkiah first promised the implementation of corporal punishment for same-sex relationships laws back in 2014. At the time, according to his essay, Clooney and other individuals and companies boycotted the Los Angeles hotels on the list. He recounts that they were successful in having a large annual fundraiser at the Beverly Hills Hotel, however, support for and attention to the issue eventually died out.

Given that they're some of the most important clientele to the expensive hotels, celebrities and other wealthy customers have significant power to pressure on Bolkiah to reverse the ruling. John and Clooney invited peers to join in. NSYNC's Lance Bass and Jamie Lee Curtis have also voiced their support.

I will never step foot in one of his hotels. George Clooney: Boycott Sultan Of Brunei’s Hotels Laws Against LGBTQs… https://t.co/YUDDwEtBdg
— Lance Bass (@Lance Bass)1553837551.0