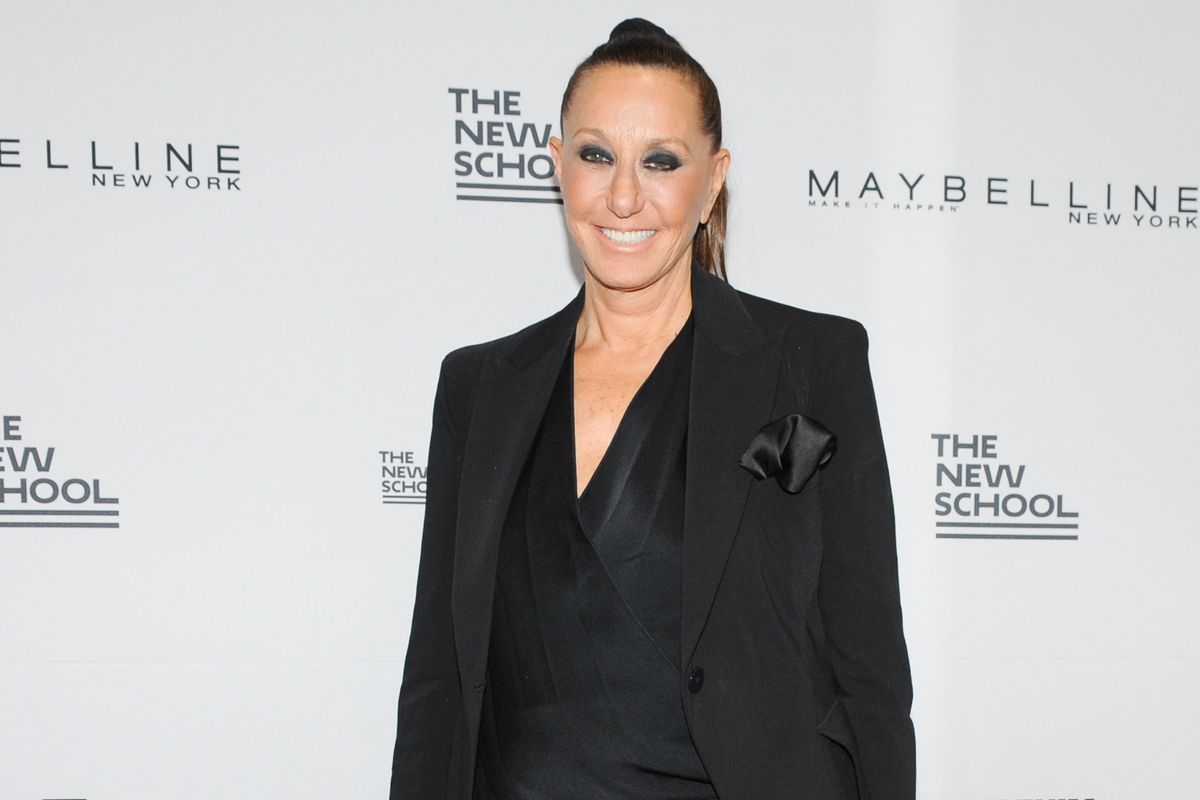 Reports that Harvey Weinstein has been accused of sexually harassing and assaulting women for decades published by the New York Times and the New Yorker have opened the floodgates for women to come forward and share their stories of abuse. From the #MeToo hashtag on Facebook to the other women who've spoken out against Weinstein, it's been a cathartic (and triggering, and upsetting) week for women.

One woman who also spoke on the allegations against Weinstein, however, ended up putting her foot squarely in her mouth. Legendary designer Donna Karan, who is a personal friend of Weinstein and his wife, Marchesa designer Georgina Chapman, initially defended Weinstein and blamed his victims for their own assaults.

"You look at everything all over the world today and how women are dressing and what they are asking by just presenting themselves the way they do," she said in an on-camera red carpet interview at the CineFashion Film Awards in LA. "'What are they asking for? Trouble."

She added, "Yes, I think he's being looked at right now as a symbol, not necessarily as him. I know his wife, I think they're wonderful people, Harvey has done some amazing things. I think we have to look at our world and what we want to say and how we want to say it as well."

Unfortunately, she continued, "Obviously, the treatment of women all over the world is something that has always had to be identified. Certainly in the country of Haiti where I work, in Africa, in the developing world, it's been a hard time for women. To see it here in our own country is very difficult, but I also think, how do we display ourselves? How do we present ourselves as women? What are we asking? Are we asking for it by presenting all the sensuality and all the sexuality? And what are we throwing out to our children today about how to dance and how to perform and what to wear? How much should they show?"

Karan's comments were immediately condemned and she apologized with a statement saying her comments were taken "out of context," adding, "I believe sexual harassment is NOT acceptable and this is an issue that MUST be addressed once and for all regardless of the individual. I am truly sorry to anyone that I offended and everyone that has ever been a victim."

Now in a new interview with WWD, Karan profusely apologized, begging for forgiveness for her victim blaming comments. "I am sorry. I am so sorry. I am so sorry. Please forgive me," she said in the interview. "This is not the woman that I am and that you know, and I think most women know that about me. And for those of you who don't, I will try to show over the next years or decades who Donna Karan is."

Karan's original statement was especially surprising as she is known for fashion campaigns that are meant to empower women and their sexuality. She claimed that she didn't know the full extent of the allegations at the time, and didn't feel comfortable commenting on Weinstein.

"I heard a little bit of rumor. It was not like I had heard the entire story," she said. "It was like a complete rumor that I had heard and I didn't want to comment on it. So I kind of weaved my way around it. I know Georgina [Chapman, Weinstein's wife and principal designer of the Marchesa brand], I know Harvey, and I didn't think it was appropriate for me to be commenting on it, so I wiggled my way out of it. However, what I did comment on was sexual harassment."


She also blamed fatigue, and said her comments were "inappropriate" and "stupid," adding, "I was exhausted, I was tired and—[when] it came back to me, I was shocked that I even said this myself. Because I was preparing in my mind what I was going to say in the theatre. And I just went off on something that I shouldn't have, and I apologize profusely. I regret it so strongly. I think every woman who knows me, and I have [worked for] them in all sizes and all shapes, all I do want is women being free to express themselves. And that has nothing to do with being disrespected, molested and harassed. Absolutely not."