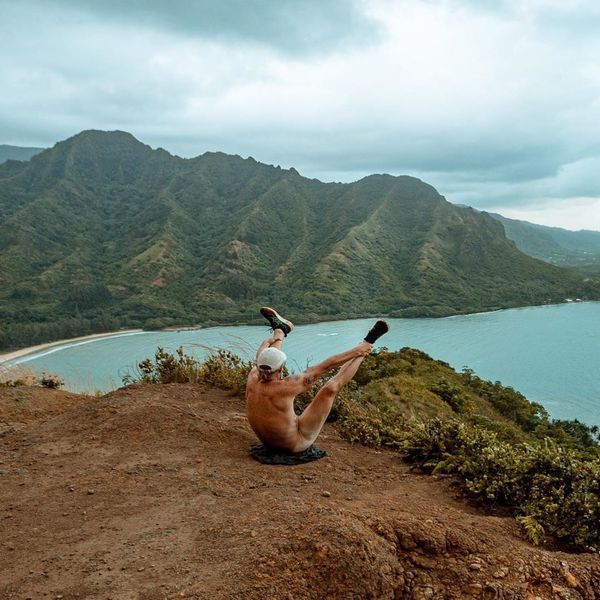 Butt beauty is officially on the rise. Just last month, wellness influencer Metaphysical Meagan debuted something known as "Butthole Sunning," where she lays nonchalantly on a rock with legs spread and her "perineum" facing the sun. She claims that 30 seconds of "sunning" your butthole is "the equivalent of a full day of sunlight with your clothes on." Vitamin D!

Meagan also explained the source behind the practice: "Perineum sunning is an ancient Taoist practice that originated in the Far East," she wrote on Instagram. "In Taoism, the perenium or Hui Yin is called the 'Gate of Life and Death.' This is a gateway where energy enters & exits the body. I first learned about perineum sunning through my studies of Taoism and Tantric practices."

Of course, the post has since garnered an intense amount of curiosity from aspiring taoists, most notably Diplo. In an Instagram photo posted yesterday, the producer can be seen overlooking a cliff with his bare butt to the sun, while holding his ankles. "Presenting my peace offering to climate change," he captioned the photo.

Almost immediately, the post was filled with comments from fans and celebrities such as Megan Thee Stallion. "Been thinking about a comment for a long time," Chrissy Teigen wrote; "Flip it and reverse it," Alexander Wang commented. Responding to Josh Brolin, Diplo said, "My puckerhole is doing just fine."

Meagan further explained more benefits of practicing this regularly on her Instagram. "It brings in prana or solar energy from the sun into the organs within the body which strengthens the organs" she said. "Perineum sunning prevents against the leakage of chi or life force energy from the body. This in turn sustains health & longevity of the physical body. Increases creativity and creative output. Aids in a healthy libido & balanced sexual energy."

The self-described healer also claimed that butthole sunning, which at the moment has no scientific backing, "grounds and connects you to earth" along with regulating your hormone functions. "My experience with perineum sunning has been profound. I have been practicing this for a few months now," she said. "I start my day with 5 minutes of perineum sunning & feel energized for hours. I no longer rely on coffee for energy to start my day because I am getting my energy from the sun. I also am experiencing better sleep and require less sleep due to boost of overall energy. The main advice I have that this practice is meant to be done in the time of 30 seconds to 5 minutes MAX in the sun. "