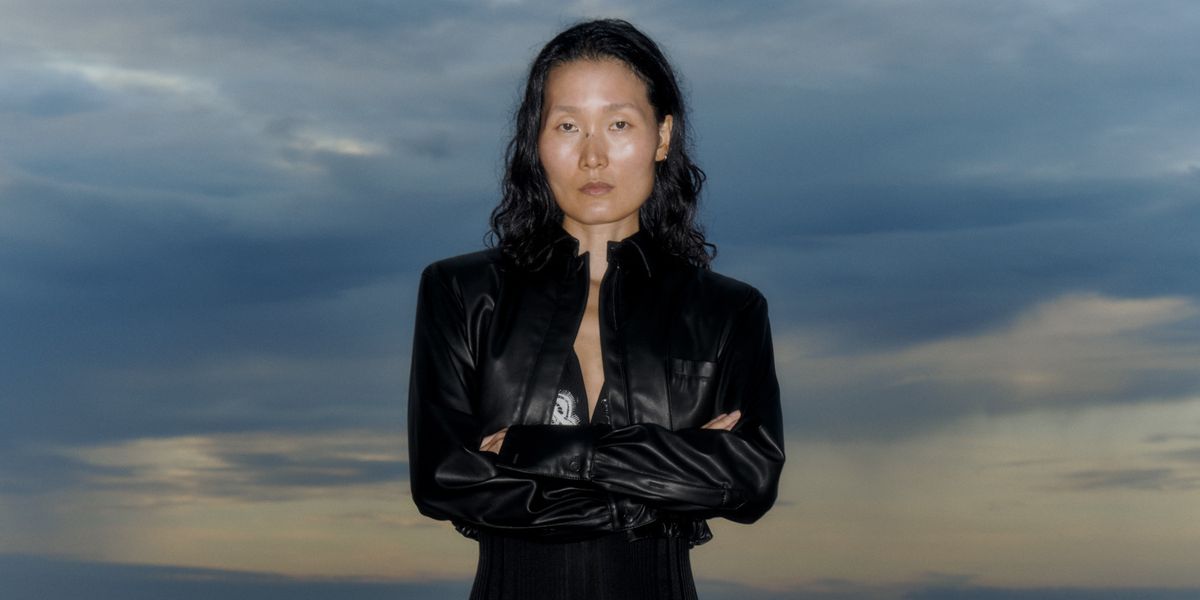 Last season, we reported on Commission, a breakout, year-old New York brand. Designers Jin Kay, Dylan Cao, and Huy Luong told us that they were inspired by the "visual code" of the way their mothers dressed while they were growing up; the styles of professional women in the late eighties in Korea and Vietnam.

"The '80s and '90s, that's sort of a period when not a lot of people talk about Asia, because there's less to romanticize [than ancient artworks and clothing ]" Cao said at the time. "By then there were a lot of Western influences in the way people dressed in Asia. Growing up we'd see our parents go to work and tweak the Western-style codes in their own way. And just looking at our moms and the way they dressed — the big suits, the shoulder pads, the pants — but adding their own personal flares to the way they styled the clothes, that's what kind of connected us."

For Commission's Spring 2020 collection and lookbook, Kay, Cao, and Luong looked to the beach. Both Kay and Luong grew up in beach towns — Kay in Busan, South Korea, and Luong in Nha Trang, Vietnam — while Cao lived in a city further inland. And so a trip to the sea was always special.

"In the '90s my mom would pick me up in a van straight from her office on a Friday evening with her fellow office ladies, most of whom would still be wearing their work suits, but already in rubber slippers," Cao said. "We would drive about two hours to a nearby beach town to spend the weekend, and I used to love watching all these women rushing down from this van, awkwardly juggling between their toddlers and suitcases in those same 8-6 boxy suits, barefoot, heels in one hand, a little dazed but more excited than ever."

Cao said he "wanted to bring back that moment and to emulate some of that awkwardness, a 'suit on the beach' moment."

For the photos themselves, Cao and his fellow designers aimed to "maintain a little bit of that austerity from fall 2019," while bringing that mood to a beach setting. They drew inspiration primarily from old family vacation photos, with a dash of influence from photographers like Rineke Dijkstra and Joji Hashiguchi. They wanted, as Cao said, "a little bit of strangeness, of maybe not knowing where you are." Out to sea.