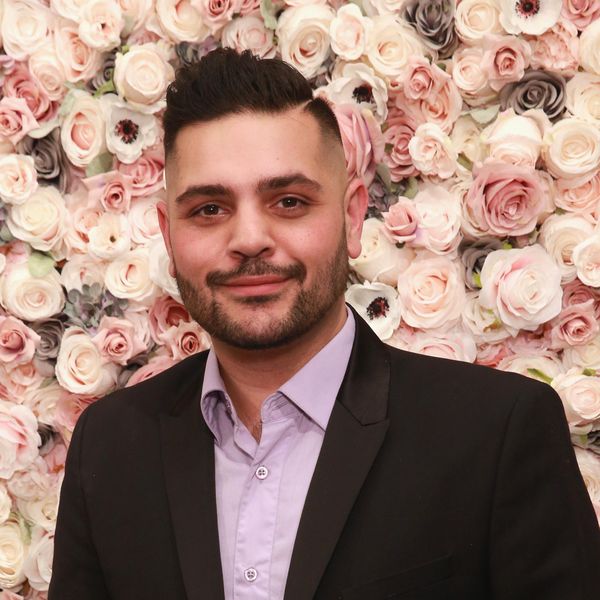 Merely a handful of hours after Chrissy Teigen issued a lengthy public apology for her history of cyberbullying Courtney Stodden as well addressing older posts that insulted 9-year-old Quvenzhané Wallis and reality star, Farrah Abraham, former Project Runway contestant and designer, Michael Costello, has come forward to share his own experience as the target of harassment by the cookbook author.

In an Instagram post shared Monday, Costello came forward to detail the campaign to ruin his career led by Teigen. "I didn't want to do this, but I can not be happy until I speak my mind. I need to heal and in order for me to do that I must reveal what I've been going through," Costello wrote. "I wanted to kill myself and I still am traumatized, depressed and have thoughts of suicide."

Apparently the whole thing originated from a screenshot that appears to show Costello saying a racist remark, which the designer claims was photoshopped by a disgruntled former employee in an attempt to publicly ruin him, that Teigen brought up in a comment on his Instagram page. "When I reached out to Chrissy Teigen to communicate that I was the victim of a vindictive cyber slander, and the everything she thought I was is not who I am, she told me that my career was over and that all my doors will be shut from there on," Costello goes on to say. "And wow, did she live up to her words."

According to Costello, friends and colleagues of the designer brought to his attention that Teigen as well as stylist Monica Rose went "out of their way to threaten people and brands that, if they were in any shape or form associated with me, they would not work with any of them."

Related | Chrissy Teigen Apologizes for Being a Cyberbullying 'Troll'

Costello goes on to say that harassment got to the point where he had seriously contemplated suicide, even admitting he had gone so far as to write letters to family and loved ones saying goodbye. "I wish no harm on anyone and I don't wanna go back-and-forth fighting with anyone. I just want people to realize that I, too, am human and this was the most inhuman treatment to ever be endured by someone who has seen their decades of hard work, years of building a brand, crumbled from one comment."

Costello included screenshots of the alleged DMs sent by Teigen that included comments like "Racist people like you deserve to suffer and die," and "you might as well be dead. Your career is over, just watch."

Following Costello's post, UK pop star, Leona Lewis, shared her own run-in with the designer back in 2014. "I usually don't speak on subjects like this. But honestly I feel that I have to say something as I've dealt with years of insecurity from it. I don't condone any kind of bully behavior and I'm sorry for what Michael Costello went through," Lewis posted on her story. "I was asked to take part in a fashion show to raise money for charity. Michael Costello was assigned as my designer. As an excited young woman, I flew all the way to New York and was so honored to work with him because I adored his dresses."

Lewis goes on to say that trouble began when she went in for her initial fitting, "was made to feel very awkward and uncomfortable as the dress was a sample size and he/ his team clearly did not want to alter it to fit me." Lewis then says that the designer then refused to show up the following day and ultimately resulted in the singer sitting out the fashion show altogether.

"I'm not discounting Michael's experience as that is an awful thing to go through and I wish him so much love and healing. I'm sure this will come as a shock as I never told him how this made me feel," Lewis shared. "But the pot calling the kettle black in this situation doesn't sit right with me. Bullying comes in many different forms. We need love, we need accountability, we need forgiveness, none of us are perfect."

Costello responded on his own Instagram story claiming to not know what Lewis was talking about. "I've reached out to you personally and have 7 emails from the last 4 years and these past 9 weeks from your team and stylist still requesting looks. Last email 05/17/21." Costello went on to post pictures of the two together, requests from her stylists for more dresses following the incident, "If I made you feel bad in 2014 but you still wore my dresses and request them, can we try and figure out what got lost in translation?"