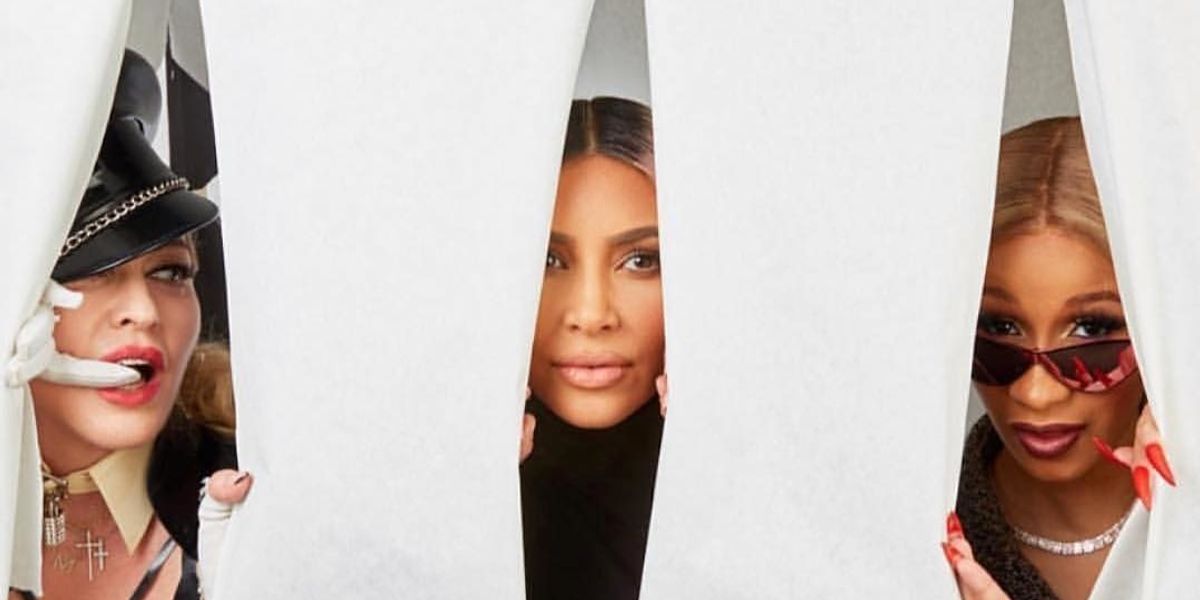 In case you're curious as to how these images came about, Cardi and Kim both attended Madonna's exclusive Oscars after party — an event that was attended by many stars, including Timothée Chalamet and Leonaro DiCaprio, who forwent the more traditional Vanity Fair event — and proceeded to engage in a full photoshoot. It was, predictably, a lot, and gave a whole new meaning to the term "photobooth."

Kollin Carter on Instagram: “Then this happened last night... Iconic. @iamcardib @madonna @kimkardashian. To see Cardis idol Madonna embrace her in the way she did…”

You have to love three powerful personalities trying to outshine each other. Captured by Cardi's longtime stylist Kollin Carter, this video will go down as one of the dreamiest groupings of women in all time. Of course, Cardi was also frothing:

"I met my real life IDOL @madonna," she captioned an Instagram post of herself with Madge, Quavo and fiancé Offset. "I can't even believe I performed at her event and it was the most meaningful performance ever. I grew up with my mom listening to Madonna for hours. I performed Material Girl freshman year in High school, listen to her on all my photo shoots to have super confidence and always mentioned her in my interviews. The best part about it is she was everything I thought she would be a Liberal Kick ass feminist bitch. I'm soo happy."