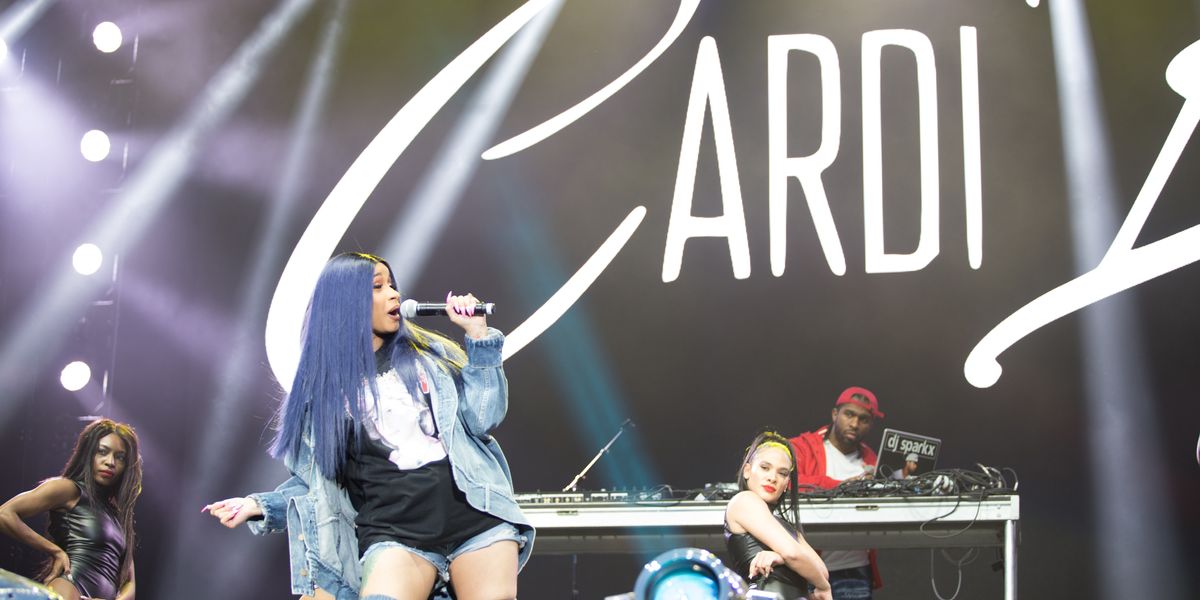 We won't be seeing Cardi B for a while. At least until September, before the Bruno Mars tour.

Cardi is very pregnant, and ready to "drop this baby." She made the announcement via a video that's been circulating online. In the video, she says "I be lookin' like I be movin' everything, but in reality, a bitch barely can breathe."

Cardi B says her Broccoli Fest performance will be her last, until the 24k Magic World Tour in September. pic.twitter.com/fIut8bIS2I
— Cardi B & Beyoncé News (@beyoncecardib) April 26, 2018

The Washington Post reports that the rapper was all-smiles during her performance at Broccoli Fest in DC. And she did carry her usual positive, no filter attitude—as shown in multiple snaps from music festival attendees—even when she addressed "new beef" that she's been having "ever since [she] got pregnant."

The Shade Room on Instagram: “#PressPlay: #CardiB said wait ‘til I drop this baby 👀Via: @sheiscardi”

We're going to miss Cardi in the coming months, but can't wait for the world to meet her and Offset's offspring. Although there isn't official confirmation of the baby's gender, we hope she's as beautiful as Sasha Obama.

Take that break, Mama Cardi! You've been working so hard on that record-breaking album, you definitely deserve every second of it.