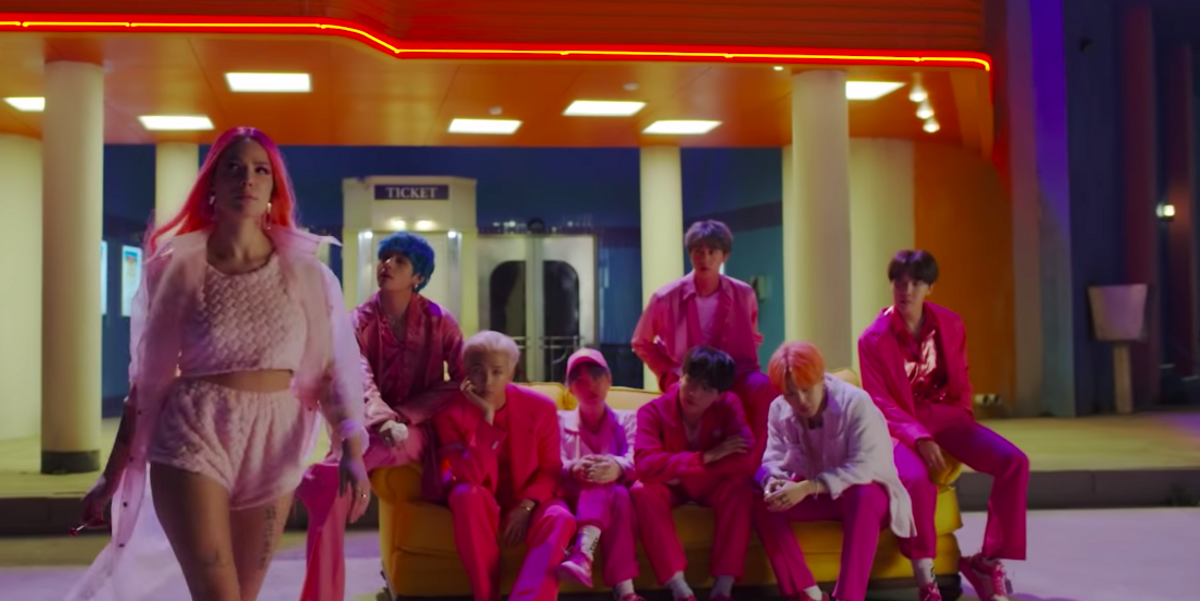 BTS and Halsey Are Coming Out with a Single

BTS is about to blow our minds with a new single, and this time they're collaborating with none other than Halsey.

On Sunday, BigHit released the official teaser trailer for "Boy With Luv," the group's lead single for their forthcoming album. The teaser is 46 seconds long, and is set in an old-school theater called the "Persona," named after BTS's album. Halsey, all dressed in powder pink (including her wig), closes shop and walks out of the ticketing booth. When she walks out, the video shows the boys sitting on the sidewalk, also all dressed up in pink.

Only the last few seconds of the clip give you a taste of the actual tune of the song, but the BTS Army is already freaking out over this very brief preview. A fan even tweeted, excited that the band will be doing more collaborations with mainstream Western artists, suggesting maybe Khalid should be next.

The lead single off of @BTS_twt’s new album will be “Boy With Luv” featuring the amazing @halsey! This is extremely exciting! I can already tell that this is going to be an exceptional, chart topping hit and collaboration 💜🌻

Map of the Soul: PERSONA is THAT era!

#BTSARMY! We’re as excited as you are! Get ready! @BTS_twt and our girl @Halsey #BoyWithLuv is coming April 12th! AHHHH! 💜 pic.twitter.com/LAcM7wQou1

ok but the fact that halsey's hair matches the background and all their outfits also match #BoyWithLuv pic.twitter.com/Q7RiQPSVtn

and now that bts collabed with halsey, is there another western artist you would LIVE for their collab?
i'll go with khalid 😍

Watch the full teaser below.