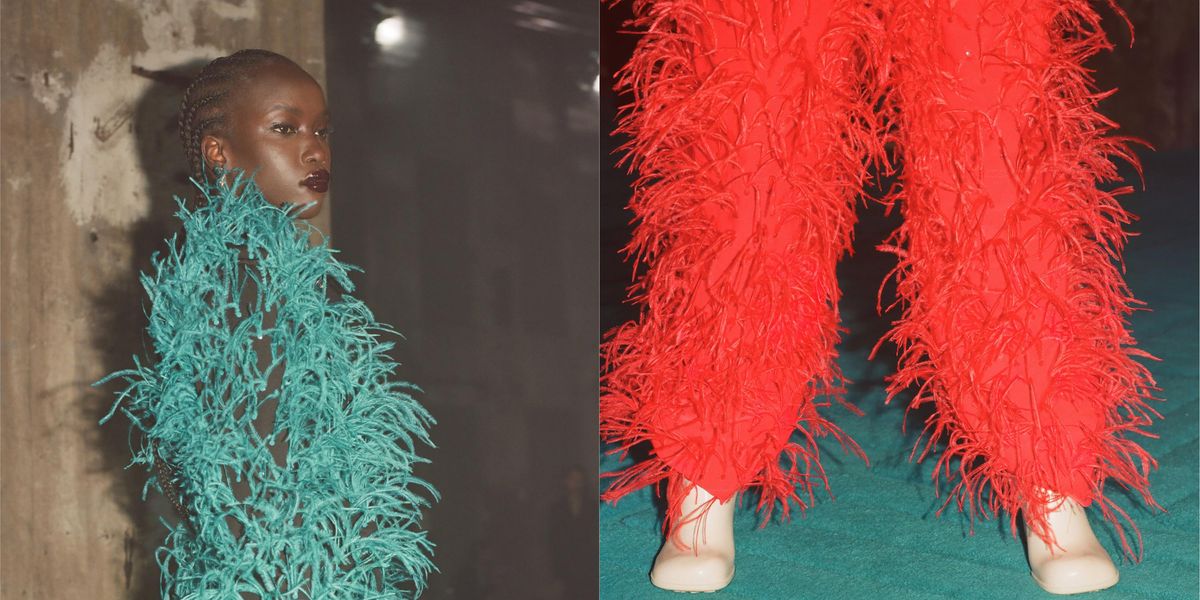 Bottega Veneta's Berlin Show Is No Longer a Mystery

Fashion Month may be going back to in-person shows again, but one name we won't be seeing is Bottega Veneta. That's because the brand is one of the few who stepped away from the fashion calendar during the pandemic, opting to present on its own schedule and timeframe.

The pivoting began last October, when Bottega Veneta held a secret runway show in London for its Salon 01 collection (aka Spring 2021) and withheld collection images until months later. Salon 02 (Fall 2021) followed suit in Berlin, where it presented another private show in front of guests like Virgil Abloh, Skepta and Honey Dijon inside the infamous Berghain nightclub.

Images of that collection, which was shown in April, were finally released on Friday to coincide with its launch in stores worldwide. It features many of Bottega Veneta's signature details and techniques under creative director Daniel Lee including thick chunky knitwear and boxy, structured tailoring. He doubled down on the brightly colored ostrich feathers he first introduced last season for Wardrobe 02 (the brand's commercial pre-collection offering)

There's several inflatable styles (including one oversized tote bag) that were inspired by balloons, with each inflated row woven together by hand. The proportions are decidedly cartoon-like and lent the collection an exaggerated and animated feel — his signature furry fringe, for instance, are now cut into bulbous shearling coats. Lee also experimented with more glass this season, including laser cut metal sequins and beaded glass embroidery.

The campaign images were also released alongside the collection and include models Freja Beha Erichsen, Dede Mansro, Fernando Cabral, Takahiro Oda and Yoonmi Sun, all shot by photographer Tyrone Lebon. See the galleries, below, for the complete Bottega Veneta Salon 02 campaign and details lookbook.